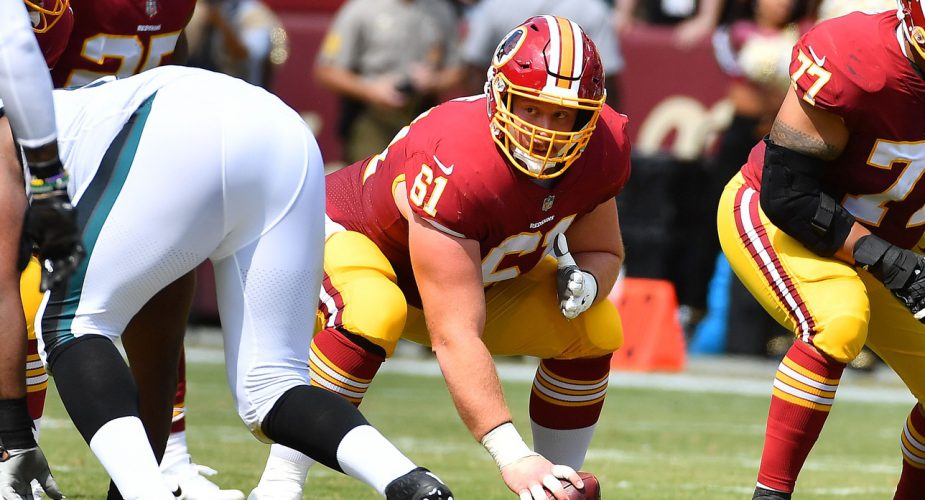 In an off-season that has included the addition of quarterbacks Sam Darnold and Teddy Bridgewater , cornerback Trumaine Johnson and inside linebacker Avery Williamson, it’s hard to believe that one of the team’s most important acquisitions could be a middle-of-the-pack offensive lineman, but that’s exactly the spot the Jets find themselves in.

After playing the 2017 season with the NFL’s worst center in Wesley Johnson according to ProFootballFocus rankings, an upgrade had to be made.

Free agents Weston Richburg and Ryan Jensen topped the list of options for the Jets as free agency kicked off.  However, Richburg’s price tag and concussion history made him a less than ideal option, and Jensen was likely a poor fit for what is expected to be a zone-heavy blocking scheme.  That left Long as one of the better options on the table, and he was signed to a team-friendly 4-year $27 million deal.  The deal is market value, but should Long disappoint, the Jets would be able to cut ties with him after this season with no cap implications.

Should the deal work out as well as the Jets hope, Long’s presence will be critical in upgrading what was an embarrassingly porous offensive line last season, and taking a look at Long, he passes the eyeball test.

Long will sometimes give ground in pass protection but does a much better job than Johnson of dropping anchor and holding up against opposing defenders.  Just look at his PFF numbers from 2017 as an example.  Prior to his injury, Long played 397 snaps, surrendering 1 sack, 2 hits and 2 hurries on the quarterback.  In comparison, Wesley Johnson played a total 937 snaps, allowing 2 sacks, 6 hits and 15 hurries.  That’s a more than four times as much pressure allowed, despite playing roughly 2 1/2 times the number of snaps.

In fact, Long graded out as the 11th best pass blocking center in the NFL.  Ranking just outside the top 10 as a pass blocker may not be great, but it’s better than most, and infinitely better than Johnson.

In the run game, Long moves much better than Johnson which will be critical for a zone scheme, and also shows itself as an asset in the screen game.

Just how much the Jets O-line will improve remains to be seen, but bringing in Long to solidify the center position was one of the most necessary steps the Jets took this off-season.  There will be concerns as to whether or not long can last a full season, however.  He missed 9 games last year with a quad injury, and was sidelined for 7 games over the course of the two previous seasons.

If the injuries are a thing of the past, the improvement to the O-line should be immediately evident and beneficial.