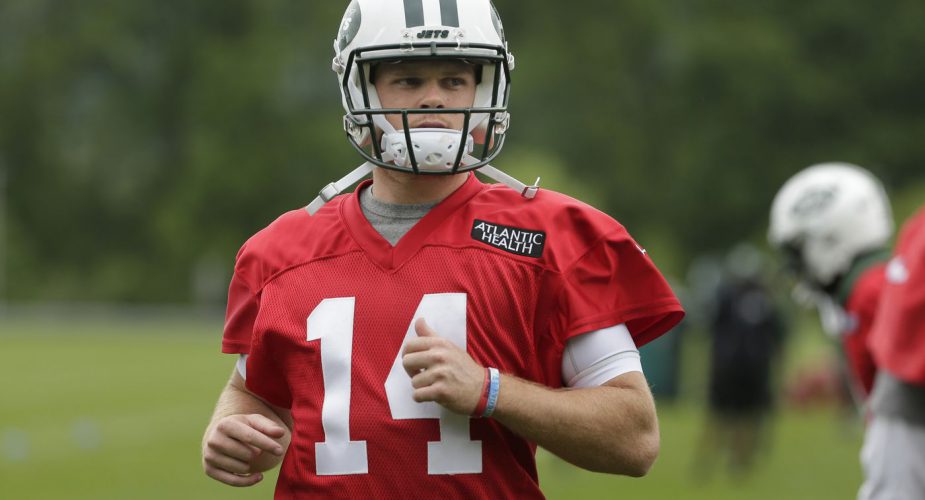 – Steve McLendon called the defense together early on urged them to step up their game.  It worked because it was definitely a defense dominated practice.  Particularly impressive was the communication among the defense as they relayed calls to one another

– The amount of penalties finally went down

– Good day for the ILB’s Darron Lee and Avery Williamson.  As they stuffed the run, got a couple of TFL’s and Williamson showed good coverage speed.  He was able to stay with Isaiah Crowell 15-20 yards down the field to force an incompletion during a team period

– Leonard Williams was dominant again and Nathan Shepherd continued his strong play.  It will be interesting to see if Shepherd can be the running mate Williams needs

– Obum Gwachum showed up again in run support and edge pressure.  It will be interesting to see if he can do this in a real game

– Derrick Jones almost had another INT this time off of Sam Darnold.  He juggled it near the sideline and was ruled out of bounds.  Since he was a WR his hands/ball skills are terrific it appears his CB skills are now catching up because he’s had a good start to camp

– Nothing special for either Josh McCown or Teddy Bridgewater

– His footwork and ball handling in the pocket were good

– His arm strength & accuracy were on display during a team period when he threw a 20+ yard seam pattern to Chad Hansen in traffic.  And a 15+ yard out to Chris Herndon where only he could catch it

– Let’s see Darnold and the offense bounce back