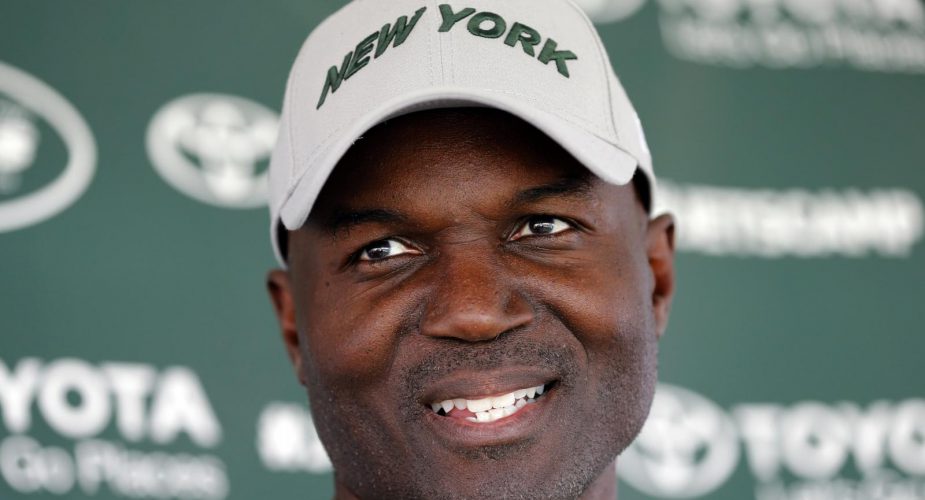 – Practice only ran 2 hours 15 minutes because it was very physical with two live periods “short yardage” & “goal line”.  Credit to all the players because there were no “fights” throughout

– There seemed to be more team periods than usual in today’s practice.  Is this to accelerate Sam Darnold’s development?

– A highly spirited “50/50” practice where the offense started out sharp, the defense recovered and both units had their moments during the goal line period

– During a “first down” period the offense came out sharp as they unveiled their screen game, misdirection plays and the OLine was opening holes in the run game.  Bilal Powell and Trenton Cannon were excellent as they used their cut back ability to break off big gains

– Leonard Williams had an “unblockable” practice as he had multiple TFL’s and at least one “sack”.  If he continues this production he’ll have his first big stat year

– They aren’t “sexy” but Dakota Dozier (G) and Jonotthan Harrison (C) need to be recognized for their strong play.  Impressive hand strength and during 1 on 1 drills they show the ability to re-anchor their feet

– Josh McCown was his normal self, completing a high percentage of passes and moving the chains. He had no turnovers and during the “goal line” period he had a TD pass to Isaiah Crowell

– Teddy Bridgewater was sharper today and also didn’t commit any turnovers.  He also led the team to a TD during his “goal line” reps as George Atkinson ran one in

– Good bounce back by Sam Darnold as he was much sharper.  His footwork and ball handling in the pocket remained clean.  He also didn’t commit any turnovers

– He had two hiccups, one was when he led Tre McBride (WR) into the goal post on a 35+ yard attempt. His second was when he had to call a timeout as there was some confusion on the play call

– He was devastating in the “red zone” and “goal line” periods because of his mobility and ball handling.  He had one running TD and three TD passes (Neal Sterling, Dimitri Flowers & Clive Walford)