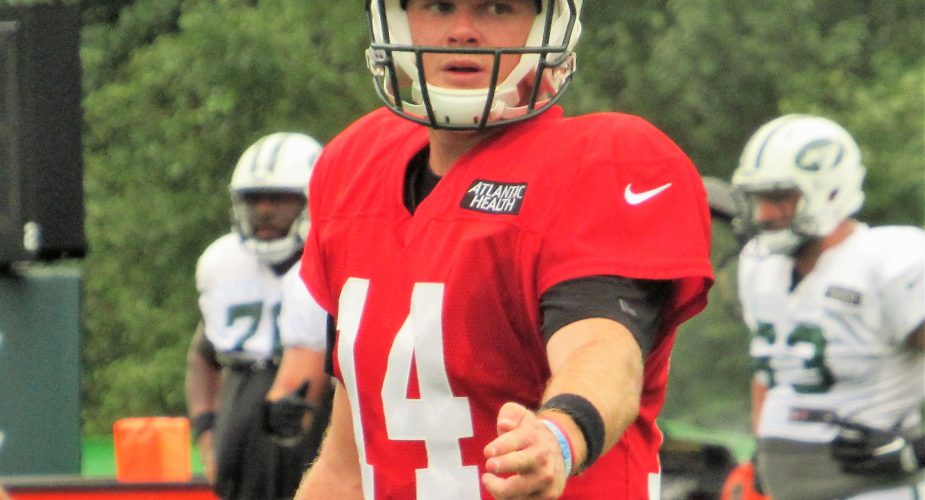 It wasn’t quite as warm out at Florham Park on Tuesday as it was the previous day, but the Jets defense was certainly making the quarterbacks feel the heat.  Outside of the red zone, rookie quarterback Sam Darnold had some struggles and back-up safety JJ Wilcox was the sole beneficiary.

Wilcox picked Darnold off twice.  Once on an overthrown ball that he ran back for a TD, and another where the opposite occurred as Darnold under-threw Robby Anderson, allowing Wilcox to undercut the route and come away with his second pick of the day.

In the red zone however, where Darnold has often looked his best, he tossed another four touchdowns with one being what was arguable the best play of training camp up to this point.  On a ball that Darnold lofted toward the right corner of the end zone, wide receiver Terrelle Pryor used every inch of his 31” vertical and fully extended his right arm to pull the ball in on a jaw-dropping one-handed grab.

How else did things go in Florham Park on Tuesday?  Here are a few notes:

Just one more practice before Friday nights pre-season opener against the Falcons tomorrow.  If it’s just a walk-through, there won’t be much to report, but with a day off before the game, maybe the Jets run a normal practice?  We shall see.