The Day After; Jets Game Thoughts 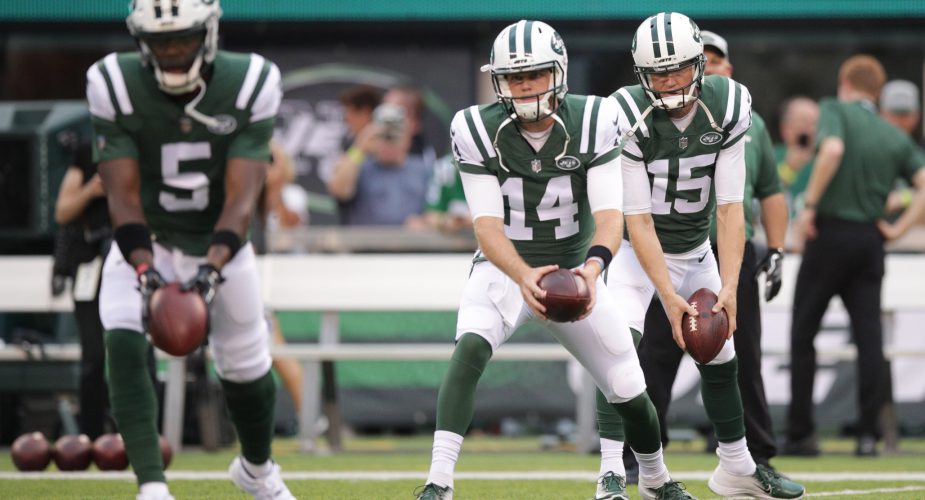 In the first “game” of the season it was good to see the performances/trends of practice carry over to the field. Now it is important to continue the building process as the team travels to Washington for “four games” (3 practices & 1 game).

– Solid work by Taylor Bertolet and Lachlan Edwards.  And good coverage by both the punt and kick units.  Trenton Cannon had an impressive kick return but he has a ton of work to do as a punt returner.  You can’t muff two out of four punts and expect to keep the job.

– Excellent overall speed and open field tackling on display by all units.  And a shutout and ONE first down in the first half is impressive no matter when it happens.

– The DLine stuffed the run all night, particularly effective were Nathan Shepherd and Mike Pennel.  Henry Anderson and Xavier Cooper were also able to push the pocket even though they didn’t get any sacks.  Cooper was responsible for the only turnover as he tipped the ball that led to an INT.

– The starting and backup ILB’s were excellent as Darron Lee and Avery Williamson were all over the field in their limited reps.  Then Kevin Minter and Neville Hewitt kept the good play going for the rest of the game.  Hewitt was in Atlanta’s backfield numerous times and had the INT off the Xavier Cooper tip.  At the OLB spot Jordan Jenkins was forceful in run support, setting the edge and delivered a huge hit in his reps.  Dylan Donahue got a sack late in the game and was active on special teams.  Can he produce on a consistent level and take the other spot? Because no one else “flashed” last night. 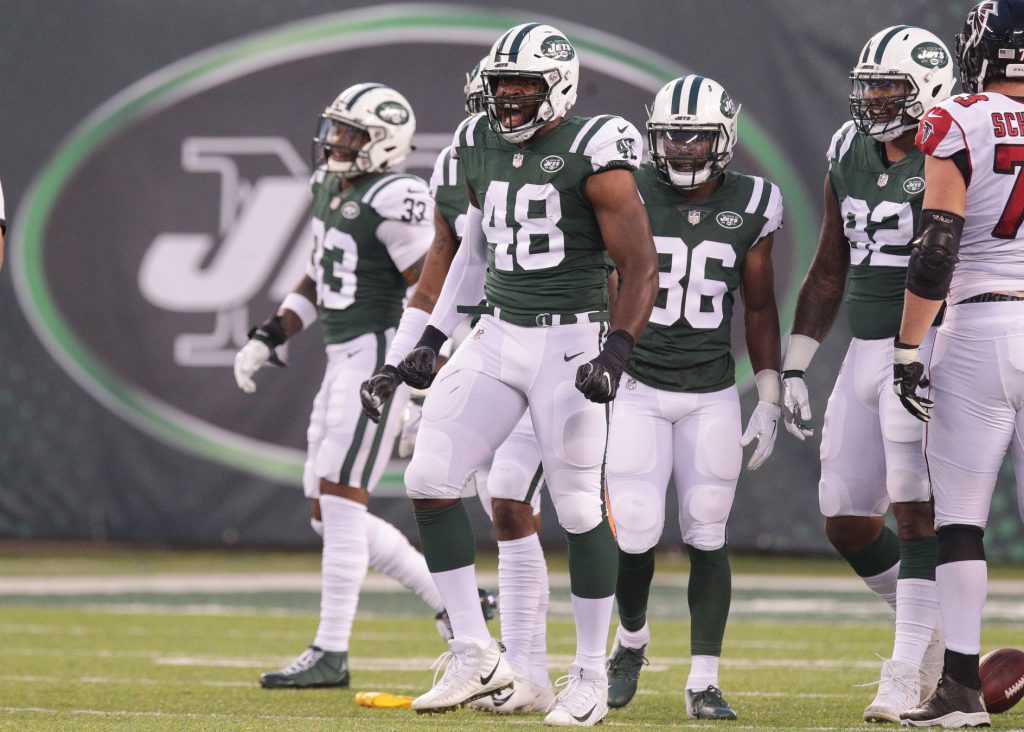 – In the secondary JJ Wilcox and Terrence Brooks showed good range in the middle of the field and delivered big hits.  Mentioning hits, it was good to see the team tackle properly for the most part without drawing helmet to helmet penalties.  Derrick Jones didn’t have any highlight plays but showed good coverage skills as he ran step for step with WR’s in his reps.

– Jeremy Bates gave a first half glimpse of what the offense will look like.  A lot of zone runs to take advantage of the RB’s ability to cut back.  And a lot of misdirection and play action passes to take advantage of Sam Darnold’s mobility and ball handling. In the second half the ball was put into the “freezer”.

– The OLine play was solid throughout as they got movement in the run game and kept the QB’s clean.  The one player who stood out for negative reasons was Antonio Garcia who struggled in both phases and committed a couple of penalties.

– With the play of the TE’s I wonder if Jordan Leggett will even make this team.  Neal Sterling and Clive Walford made plays all over the field and Chris Herndon didn’t even play.  Eric Tomlinson already has a spot sewn up because of his blocking, how many TE’s will they keep?

– Bilal Powell and Isaiah Crowell flashed in their limited reps.  Trenton Cannon struggled as a punt returner but flashed as a RB.  He displayed his speed on outside runs, his toughness to run between the tackles and his ability to catch the ball out of the backfield. If he was able to locate the ball on a throw from Sam Darnold on a wheel route he may have had a 50+ yard TD.

– Teddy Bridgewater was outstanding as showed the skills he had before the injury.  His accuracy, timing and ball placement were excellent.  Mike Maccagnan must’ve been smiling because he’ll be able to recoup a draft pick if Bridgewater stays healthy.

– Sam Darnold showed the skills that made him the consensus #1 QB in the draft.  Accuracy, mobility, ability to progress through receivers, ability to manipulate the defense with his eyes and pocket awareness to “feel” pressure and slide away from it.  He also took the improvements he made in his footwork and ball security into the game.  He must improve on getting the team in and out of the huddle quickly because there were a couple of times the clock almost ran out.  There’s no reason he can’t be the starter in DET if he continues his development.