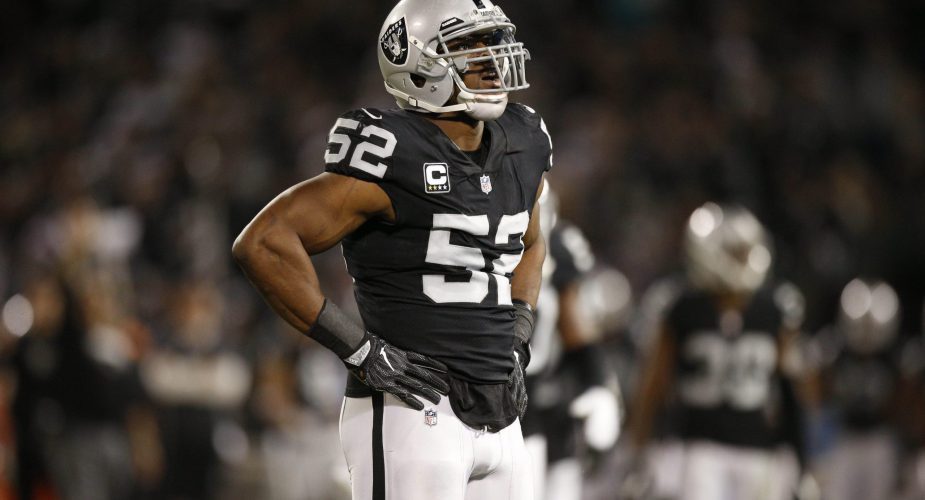 The topic of the Jets pursuing Oakland Raiders edge rusher Khalil Mack has been a hot one in recent days and Jets fans appear to be on board with the idea of adding him via trade.  What Jets fans seem to be split on is the asking price for Mack.

Should the Jets pursue Khalil Mack if the asking price is two 1st round picks?

With reports surfacing of up to twelve teams being interested in his services with four teams showing “serious interest” , there’s no way of knowing for sure how high the bidding will go, but it’s safe to say it will start with the acquiring team’s first-round pick.

Being a 27-year old former defensive player of the year, and wanting to gauge just how far Jets fans are willing to go to get Mack, we posed a question to ask if fans would be okay with the team parting with a pair of first-round picks to secure Mack’s services. In the end, a slim majority of 54% were on board with pulling the trigger on such a deal.

Whoever acquires Mack will then be on the hook to meet his contract demands which are said to be in the $20 million per season range.  JetNation.com spoke with one former NFL GM about how Mack’s demands could impact Oakland’s position to which he replied, “Oakland only cares about getting fair market value for their player.  Any money his new team will give him isn’t their concern”.

The only player of Mack’s stature to be dealt in recent years was Jared Allen, whom the Kansas City Chiefs sent packing to the Minnesota Vikings in exchange for a first round pick and a pair of third-rounders.  What could drive up the asking price for Mack is a team such as the Green Bay Packers who are armed with a pair of first-rounders and have a need for an edge rusher.

Whatever the price may be for Mack, somebody is going to pay it if the Raiders put him on the block.  If the bidding does in fact go as high as two firsts, it looks like JetNation won’t mind adding him to the fold.