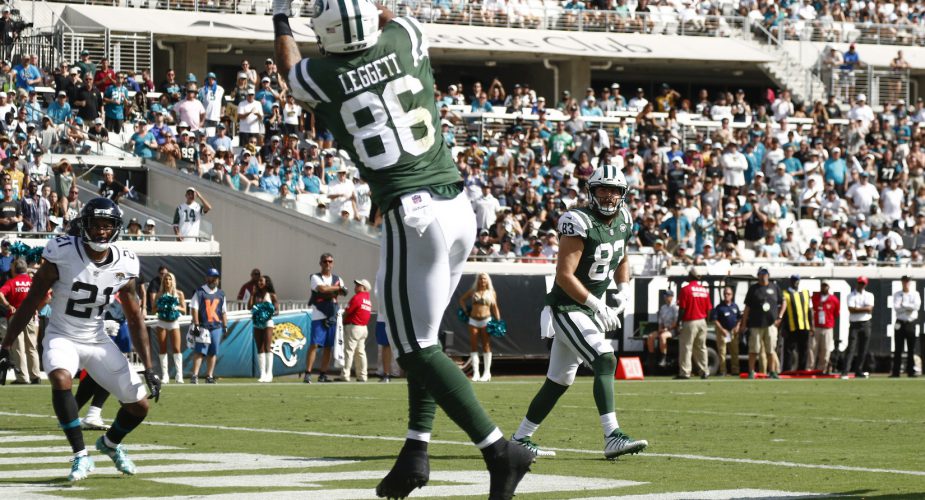 The New York Jets struggled on both sides of the ball as they fell to the Jaguars by a score of 31 to 12. The Jets never got anything going offensively and they seemed to play a bend but don’t break defense that was picked apart by Blake Bortles. On the day Bortles threw for 388 yards and 2 touchdowns. He was intercepted once by Daryl Roberts.

The ground game for the Jets was non-existent, Isaiah Crowell had 4 carries for 0 yards and Bilal Powell rushed 8 times for 26 yards. Sam Darnold ended up 17 / 34 for 167 yards and 1 TD. The TD pass was to 2nd year tight end Jordan Leggett.  Darnold threw a few passes that could have been intercepted by the Jaguars. The only real positive here is this is the first game this season Darnold hasn’t turned the ball over.

The Jets are now 1 and 3 and they will start a 3 game home stand against the Broncos, Colts and Vikings.

A few other game notes:

In the first quarter, DE Henry Anderson sacked Blake Bortles in the red zone on third down to force a field goal. Anderson now leads the team in sacks, while also accomplishing a career high 2.5 sacks on the season. Anderson finished the game with three passes defensed (career-high) and three tackles.

In the third quarter, LB Avery Williamson helped set up a CB Darryl Roberts interception, after tipping a Blake Bortles pass.  Early in the fourth quarter, Williamson forced a fumble, allowing CB Trumaine Johnson to pick it up and gave the Jets position in the red zone. The play helped set up a two-yard Jordan Leggett touchdown reception. Williamson finished the game with nine tackles.

Recorded his first sack of the season in the second quarter for a loss of 10 yards. Williams finished the contest with five tackles (four solo), two tackles for loss, one sack and one quarterback hit.

CB Darryl Roberts recorded his second-career interception against Blake Bortles during the third quarter. The play help set up a 27-yard field goal by Jason Myers on the ensuing possession.

After the Jets defense forced their second turnover of the day, Jordan Leggett registered his first-career touchdown on a two-yard pass from Sam Darnold. Earlier in the game, Leggett made his first-career catch for nine yards in the second quarter.  Leggett finished the game with 3 catches for 13 yards and a TD.

Fans are sounding off on the loss in our NY Jets forum.