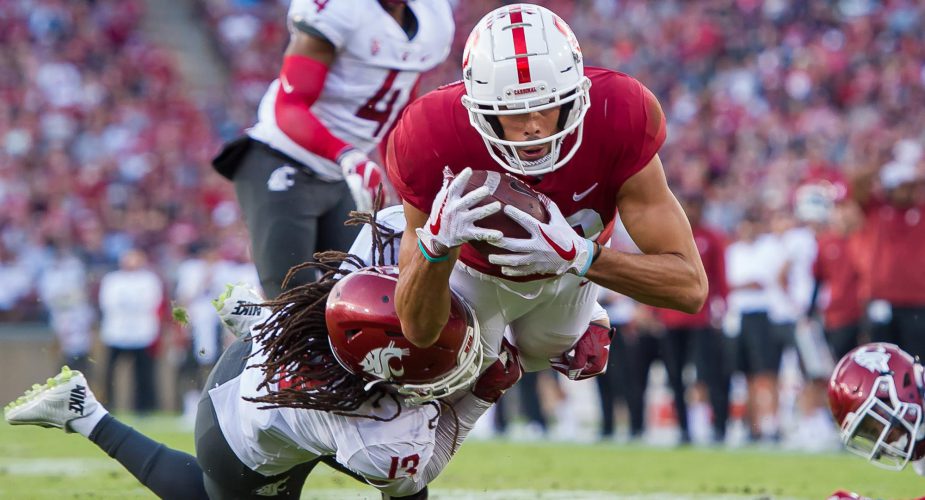 When the NFL draft gets under way in April, the New York Jets will undoubtedly be looking to upgrade their wide receiving corps as their top two receivers at the moment are excellent targets, but have major question marks.

For Quincy Enunwa it’s his durability, and for Robby Anderson it’s about some questionable off-field decisions in the past.  Then there’s also the possibility that Anderson will be signed away as a restricted free agent.

With that in mind, we preview Stanford wide receiver JJ Arcega-Whiteside, who we mocked to the Jets with their first pick in the third round (68th overall) in our first of what will be two JetNation mock drafts.

Arecga-Whiteside is going to offer Sam Darnold or any QB he plays with, an excellent red zone target as exhibited by his 14 TD’s last season at Stanford.  Whiteside specializes in going up and pulling the ball down in a crowd, making him a force when contested.  A physical receiver who also does a nice job of beating press coverage, Whiteside didn’t work out at the combine in Indy but will have a pro day to display his skills.

Having not done any field work at the combine there’s no 40 time on Arcega-Whiteside, but in game action, he doesn’t appear to have upper-echelon speed.  Don’t expect great straight line speed when he does work out, but that shouldn’t stop him from having a productive career.

Any scheme would be thrilled to have a target who wins contested catches and can be a quality blocker in the run game.  There’s no doubt that Adam Gase would be able to find a role for him on Sundays.

We’re adding this note in for Arcega-Whiteside as his projections are all over the map.  We view him as a late second/early third round pick.  Aside from JetNation projecting him with the 68th pick, Bleacher Report draft analyst Matt Miller has him going one pick earlier to the San Francisco 49ers.  Meanwhile, Pro Football Focus has him going 20th overall in round one to the Pittsburgh Steelers.