Schefter: Anthony Barr Intends to Sign with the NY Jets 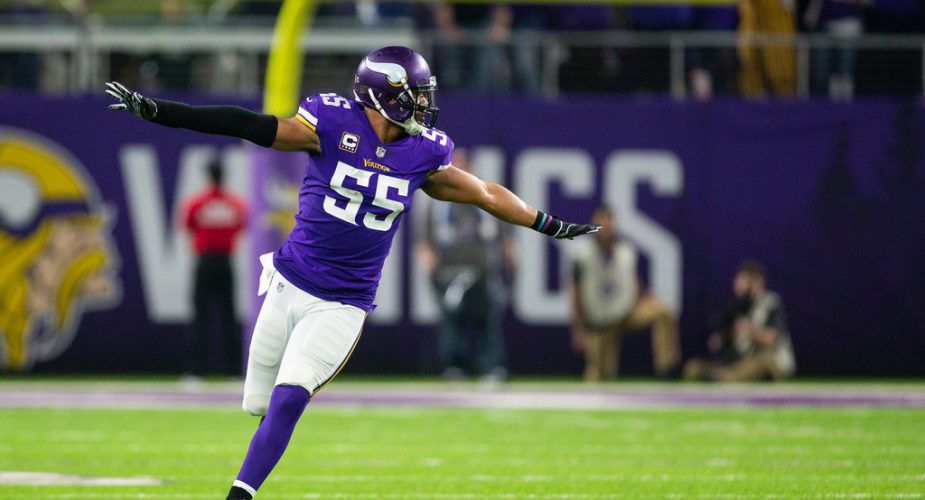 Continuing to upgrade their roster, the Jets have reportedly come to terms with former Minnesota Vikings linebacker Anthony Barr. The 26 year old Barr played at UCLA and he was drafted in the first round (9th overall) in the 2014 draft.

Former Vikings’ LB Anthony Barr intends to sign with the NY Jets, per league source. Jets get a pass rusher.

A four-time Pro Bowler, Barr should be an excellent addition to Gregg Williams’ defense and gives the defensive coordinator a versatile defender who can fill a variety of roles. Earlier this week we wrote about Anthony Barr.

Barr has been used in a variety of roles with the Vikings where he has been asked to play both inside and outside linebacker, while spending a good deal of time in coverage, but still flashing skills from time to time that would make him an impact edge defender if used in that role.

Jets are rumored to have heavy interest in FA LB Anthony Barr who shows good quickness/anticipation as he shoots through the B-Gap and makes short work of Ballage to get to Dolphins QB Ryan Tannehill. pic.twitter.com/wBMgGZzlMc

Last season, Barr logged 374 plays in pass coverage, 333 snaps as a run defender and had 103 pass rush attempts that resulted in 23 pressures according to pro football focus and found himself playing in his fourth career pro bowl.  Should the Jets add Barr as Connor Hughes of the Atlantic suggests they want to do, they could use him and Jamal Adams to keep offenses on their toes.