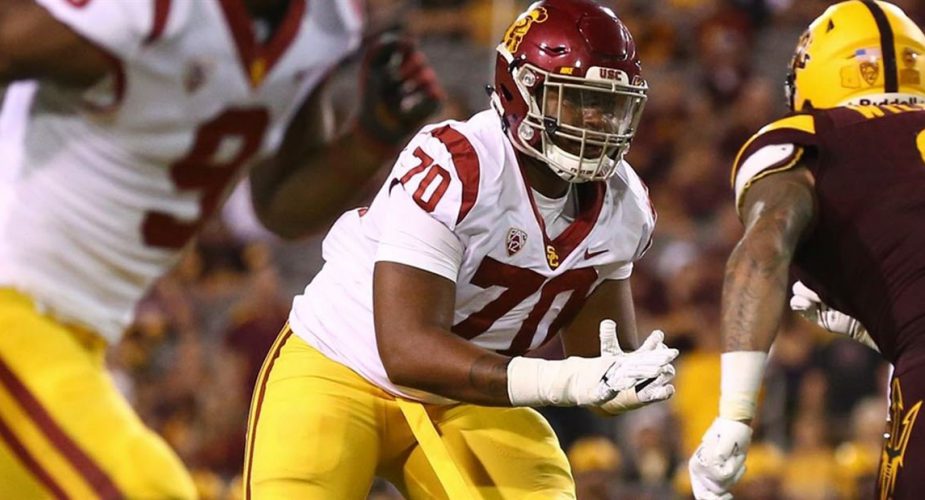 Looking to keep their former USC quarterback upright for years to come, the Jets drafted another Trojan with the 28th pick of the third round in selecting offensive tackle Chuma Edoga.

Edoga had the best feet of any tackle at the Senior Bowl. Needs to play every snap at a more consistent clip…. kids got a chance to be real good #Jets

A player we projected to Gang Green in round four in our most recent mock draft,  Edoga’s pro comparison according to NFL.com is current Jets left tackle Kelvin Beachum as a projected third-round pick.  While his NFL.com draft profile suggests Edoga struggles in pass protection, here’s what pro football focus had to say after reviewing every one of his snaps:

Chuma Edoga, an athletic freak and USC’s primary right tackle for each of the past two seasons, allowed just four hurries across 304 pass-blocking snaps in 2018. With no sacks or hits allowed tied to his name, the 6-foot-3, 308-pound Edoga ranked tied for first in PFF’s pass-blocking efficiency (99.3).

Those numbers tied Edoga for the top ranking in all of college football according to PFF, and Edoga also opened some eyes at the senior bowl when he showed light foot and good agility for his size.