Darnold’s Passing Camp & News Round Up 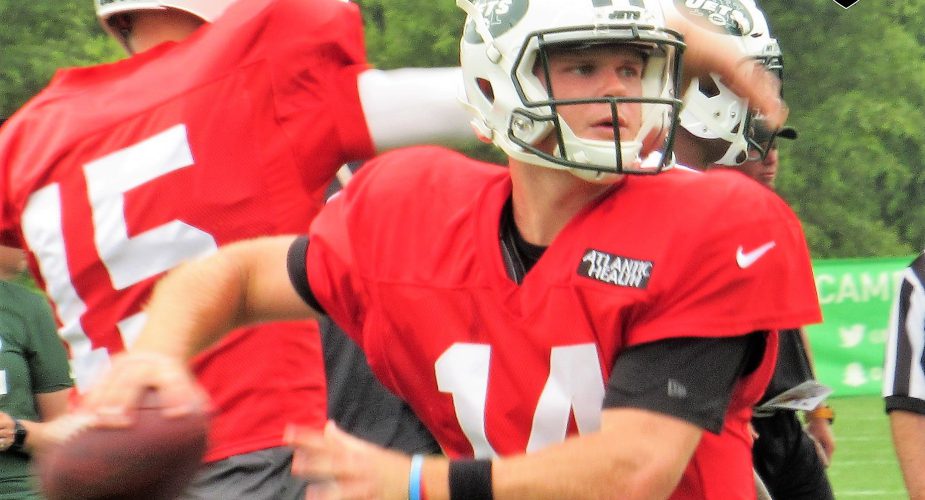 As the Jets get ready to open training camp in just over a week, make sure you check out our NY Jets positional previews. Each position is highlighted and the camp battles are broken down to get you ready for the action. We will be at Jets camp bringing you the action live as it happens. Make sure you follow along in our forums for real time updates. We do know that Sam Darnold is spending his time before training camp wisely. There were several reports stating that he organized two passing camps in California recently. According to Manish Mehta of the New York Daily News:

Sam Darnold got teammates together not once – but twice – for throwing sessions in Southern California during this summer break. Second session is this week/weekend. Got about six others together.

As Sam and the offense works on improving the product on the field, you can learn how to bet on football games at 888sports USA. Pick your favorite teams and bet with top betting lines and live in-play bets. It will be an exciting training camp with all the recent changes. Joe Douglas is overseeing the roster and he can pick the best player regardless of where they were drafted (since he didn’t draft any of them). Adam Gase brings a new energy on the offense and Gregg Williams matches that energy with a very vocal and aggressive defense. July 24th will be here soon enough.

Some other updates from our forums:

New York Jets starting tight end has been suspended the first four games of the regular season for violating the NFL’s substance abuse policy, according to the NY Jets official Twitter account. Herndon’s suspension is due to a drunk driving accident that took place in New Jersey on June 2, 2018. ESPN’s Rich Cimini says this violation would normally require a 2 game suspension, but due to other circumstances involved, the league opted for four games. Herndon had an impressive 2018 rookie campaign, tallying 502 receiving yards on 39 receptions and 4 touchdowns. He will be back on the active roster October 7th following week four at Philadelphia.

The long awaited American Dream mega mall has an opening date. Last week it was announced that the mall will open on October 25, 2019. NJ.com has more details and the non retail parts of the mall will be open on Sunday, presumably including game day. The Jets are on the road on 10/27 and 11/3 but the Jets and Giants play at Metlife Stadium on Sunday 11/10.

Report: Owners have proposed 18 games, with a 16-game limit for each player

The idea is hardly new, but it’s emergence as a formal concept in collective bargaining is.

Andrew Beaton of the Wall Street Journal reports that, as part of the NFL’s push for 18 regular-season games, the league has advanced the possibility of an 18-game season with a per-player limit of 16 games per year.