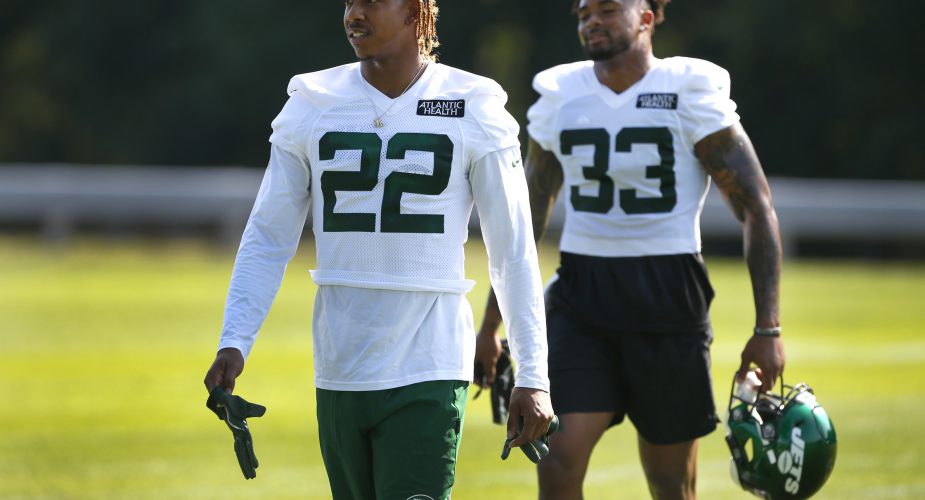 – Brent Qvale appeared to be seriously injured as he was carted off with an air cast on his leg.

– A 1-2 minute “off the cuff” speech by Gregg Williams to the fans. Telling them how happy the staff is to be here, how the team wants to be coached and how they look forward to defending MetLife stadium.

– After that speech Williams and the rest of the defense basically pitched a shutout, as they had a dominant lockdown performance.  What was most impressive was how all three groups were “tied together” and there were no communication breakdowns.  Also when the offense tried to run no huddle the defense wasn’t confused (no 12 men on the field penalties).

– Excellent coverage by the big names in the secondary Jamal Adams, Trumaine Johnson (near INT), Darryl Roberts and Brian Poole.  Poole delivered a huge regular season hit to Jamison Crowder on one of the few completions.

– Jordan Jenkins and Brandon Copeland had good days on the outside.  As they brought pressure and Copeland showed good coverage staying with Chris Herndon and breaking up a pass in the red zone.

– Bronson Kaufusi, Blake Cashman and Frankie Luvu showed up again today as they all had “sacks”.

– And for the first time Jachai Polite appeared as he finally got to the QB for a “sack”.

– Steve McLendon and Nathan Shepherd were stout in the middle as both generated multiple TFL’s.

– Leonard Williams and Henry Anderson generated pressure and had “sacks”.

– Justin Alexandre (DE/OLB) also had a couple of “sacks” in his reps.

– It was a tough day at the office for Sam Darnold as completions were hard to come by.  Also for the first time he had delay of game penalties as the play clock ran out as he tried to figure out what the defense was doing.  The best thing about Darnold’s day was he didn’t turn the ball over.

– The entire defensive side of the team.

– Interesting practice tomorrow to see how the offense bounces back.

You can read more Jets practice notes in our forums. Here is the speech that Gregg Williams gave to the fans today.