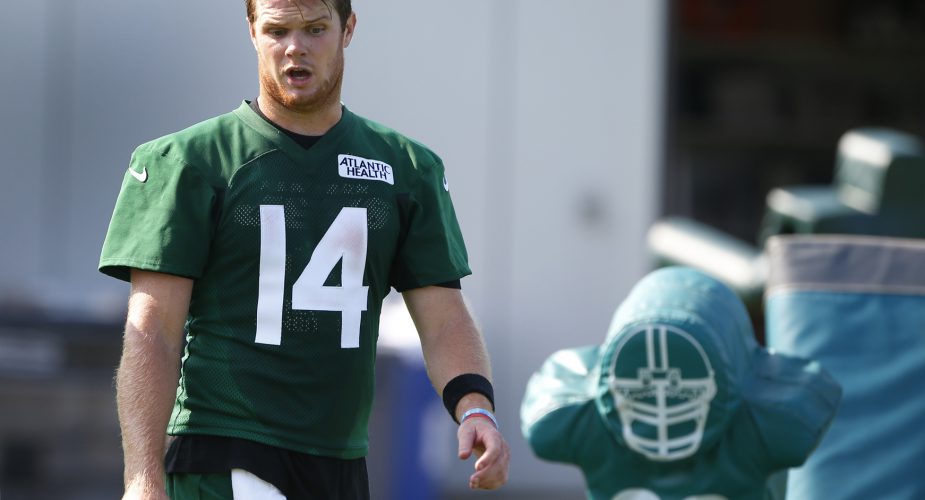 – Players in full pads and uniforms.

– First “fight” of camp as Kelvin Beachum and Tarell Basham (???) got into it during 1 on 1 drills on the far field.

– Nice bounce back by the team as the penalties disappeared after a sloppy practice the previous day.

– In my opinion another even practice as neither the offense or defense “won” the day.

– During 11 on 11 periods the following situations were emphasized:

– Focused on Jachai Polite to see what’s been going on with him.  To me he seems to be “thinking” through his assignments instead of just playing. In 1 on 1 drills you see his pass rushing skills now he has to mix it with his other responsibilities.  After saying all that he probably had his best day as he had two “sacks” during his reps.

– Quinnen Williams continues to display his skills as he had another good practice.  On a WR screen to Deontay Burnett he showed his range as he got outside the numbers to make the tackle.  In addition he had another two TFL’s and a “sack”.

– Nice coverage skills displayed by CJ Mosley as he stayed with Jamison Crowder and forced an incompletion during the end of game situation mentioned earlier.

– Blake Cashman played with the #1’s as the coverage LB during the end of game situation.

– A couple of back end roster guys deserve a mention:

– Another good day for Sam Darnold as he spread the ball around to the normal culprits (Jamison Crowder, Quincy Enunwa, Robby Anderson and Chris Herndon).  And continued to grow in his command of the offense, two examples:

* During the period where the offense was backed up at the 1 yard line. Darnold used a fake snap to get the defense to show they were coming with a blitz.  He then changed the call to a draw play to LeVeon Bell for a 20+ yard gain.
* During the end of game situation Darnold had a couple of “thread the needle” throws to Anderson (20+ yards) and Crowder (10+ yards).  And then after a drop by Herndon, Darnold “won” the game by hitting Enunwa (20+ yards) on a crossing pattern as Trumaine Johnson slipped.

– Sam Darnold (one INT in the seven practices I’ve seen)

– Can the team translate these practices into real games

You can read more about Jets practice in our forums.