Cap Could Make big Name Corner Challenging, Where Else Could Douglas Look? 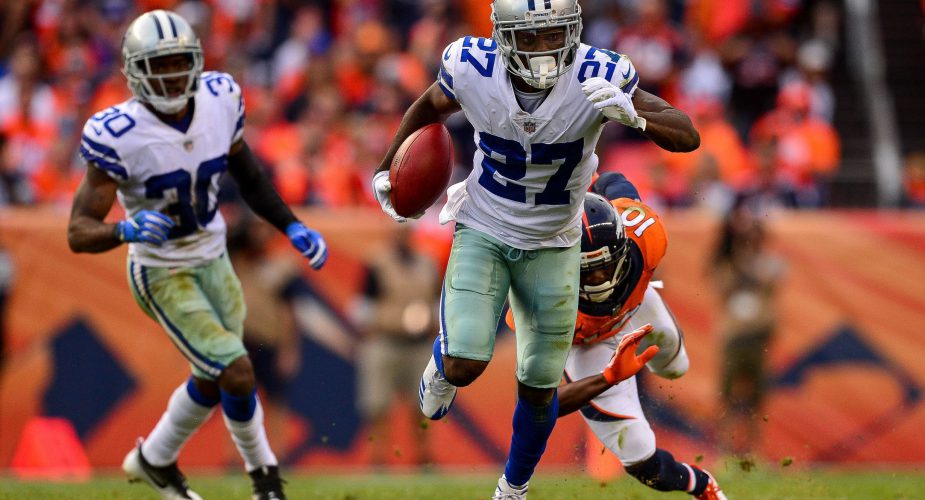 Just how up in the air is the Jets current cornerback situation?  Well, put it this way.  Yesterday they added free agent journeyman Marcus Cooper.  Cooper is a former Chief, Cardinal, Bear and Lion.  He has played in 74 career games (28 starts), making him the team’s most experienced corner not named Trumaine Johnson.

If asked to predict how things will unfold with Cooper, a valid case could be made for Cooper failing to make the 53-man roster, while an equally compelling case could argue he’ll be a week 1 starter.  This is where the Jets are right now.

Joe Douglas needs a quality corner and he needs one now, but adding a big-name player such as Jalen Ramsey, Darius Slay or Chris Harris may not be quite as simple as it may have been several months (or even weeks) ago.  After signing center Ryan Kalil to an $8.4 million deal, the Jets are sitting at $14 million in cap space, meaning a move for a corner would put them within a million or two of the ceiling.  NFL teams like to operate with some breathing room when the season opens so they have some roster flexibility.

With many big names possibly out of the picture, who are some mid-level players who could be added?

Jourdan Lewis, Dallas Cowboys: Lewis should be at the top of the list.  We were extremely high on him coming out of Michigan where his talent could have justified being a round one draft choice.  Some since-resolved off-field concerns led to a drop in the draft where the Cowboys snagged him in round  3 with the 92nd pick.  After a strong rookie campaign the Cowboys seemed to have little interest in playing Lewis in 2018.  When he finally got on the field, PFF graded him out at 76.6 overall after coming in at 72 as a rookie.  Both grades would have placed him second on the Jets in just two pro seasons with much of year two being as a spectator.  Jones is currently listed as a backup on the Cowboys official depth chart, a move some seem to take issue with.

Jourdan Lewis is way too good at football to be on anyone's bench ever.

4. Jourdan Lewis is too good of a football player to be CB4 on this roster. Dallas needs to find ways to get him on the field right away.

Rasul Douglas, Philadelphia Eagles: We named Douglas as a possible target back in early June and he’s still a player Gang Green should be considering.  The Eagles are dinged up in the secondary but still have an extremely deep group of cornerbacks.

Artie Burns, Pittsburgh Steelers: The former first-round pick has fallen out of favor in Pittsburgh where he was benched at the tail end of last season and is currently a backup.  Burns had a respectable first couple of seasons as a pro but has faded of late.  Perhaps a change of scenery will do the trick?

Trevor Williams, San Diego Chargers: The Chargers have some depth at cornerback and a loaded secondary all around.  Williams has started 27 games in three seasons and could be a reasonably priced addition to an ailing secondary.