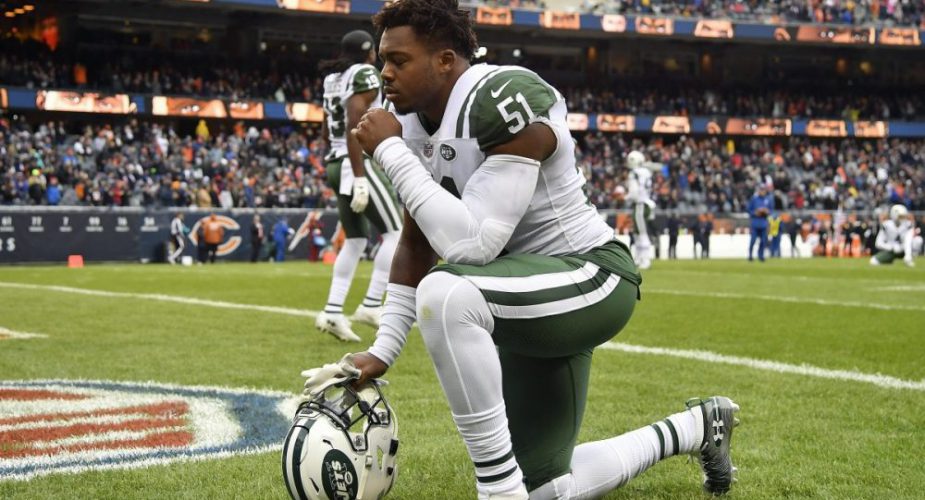 The NY Jets announced that Brandon Copeland has been suspended the first four games of the year. This announcement comes after the recent injury to Avery Williamson, so the Jets overall depth at linebacker will be tested. Copeland  can return to the active roster on Oct. 7, a day after the Jets’ Week 5 game against the Eagles because the Jets have a bye in Week 4.

STATEMENT BY AN NFL SPOKESPERSON:

Brandon Copeland of the New York Jets has been suspended without pay for the first four games of the 2019 regular season for violating the NFL policy on performance-enhancing substances.

Copeland is eligible to participate in all preseason practices and games. He will be allowed to return to the Jets’ active roster on Monday, Oct. 7, following the team’s Week 5 game at Philadelphia.

JetNation Camp reporter KRL reacted to the news in our Jets forums:

Players like Jenkins, Basham, Kaufusi and Luvu will have their reps increased. And maybe someone like Mosley (Jamey) or Langi may make the cut on the outside.