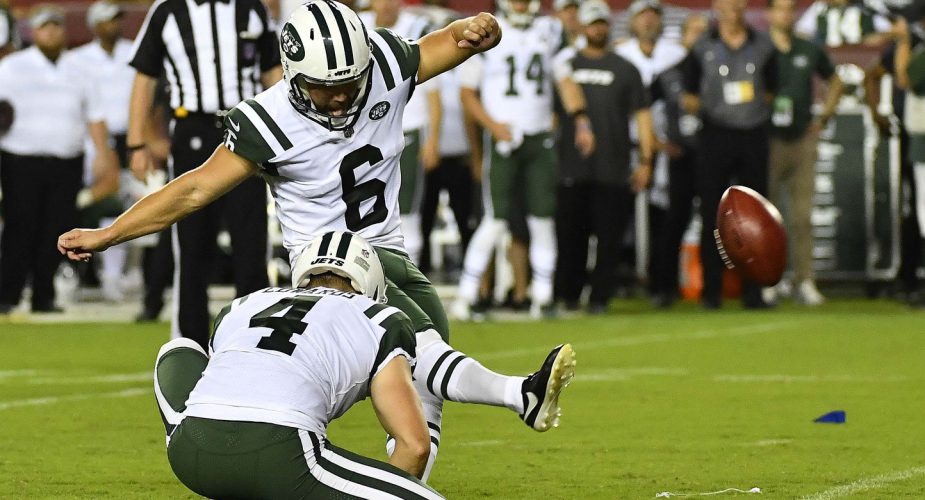 The 4th presason game doesn’t reveal a lot because there have been no cuts yet and the starters don’t play. That being said the Jets backups beat the Eagles backups 6 to 0 at Metlife Stadium. Head Coach Adam Gase summed things up this way.

I thought Trevor (Siemian) did a good job tonight. He was efficient. Luke (Falk) and Davis (Webb) came in. Luke did a lot of his work underneath. Davis had some good throws. I know he’d want a couple of those back, but that’s what the preseason is for – keep evaluating, keep working through, practice, and see how this whole thing turns out when we go through our evaluations tomorrow and talk through everything.

I thought (Josh) Bellamy, (Blake) Cashman, and (Kyle) Phillips all played well. It was good to see.

Taylor Bertolet had a rough day but Gase says he still has confidence in his kicker. Bertolet took over after Chandler Cantanzaro abrubtly retired earlier in camp. Gase told the media he would be comfortable with Bertolet being his week one kicker. Nice try, but we aren’t buying that one. The Jets will be using their high waiver claim after league wide final cuts are made and there is a good chance it will be on a kicker. Gase did bring up some good points about the missed field goals in the Eagles game.

He hit the ones under 40. He had two 50-plus yarders, one 49 that he missed. We were late coming out twice. That doesn’t help a kicker when we’re trying to get in rhythm. We’ll keep going through what we’re talking about tomorrow with our personnel department and see what they’re thinking, and make a decision going forward.

On his confidence level with Bertolet…

Mine’s good. I saw guys running out late on two of those. You just can’t do that to a kicker. You can’t bust his rhythm like that.