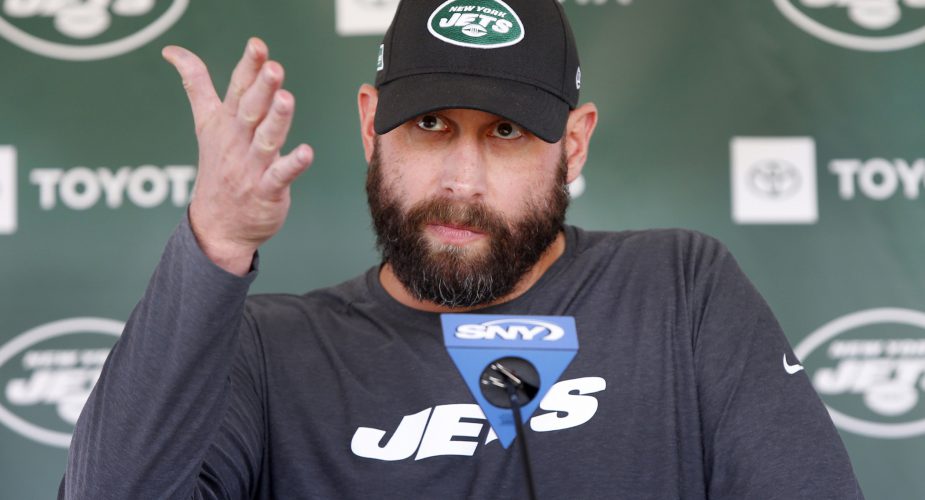 In one of the more embarrassing displays of football you’ll ever see, the Jets dropped a 23-3 decision to the Cleveland Browns on Monday night at MetLife Stadium in a game that had enough miscues from head coach Adam Gase to make you wonder exactly what he was trying to do.

Nobody will deny the Jets were undermanned across the board with several starters on the shelf for the week (and some for the season), but Gase did little to improve the Jets chances of coming away with a win.

Against a defense that often stacked the box with 8 defenders, Gase made no effort to move the pocket or call for a quick deep ball that might cause the Browns to back off a bit.  Time and again we saw play calls that resulted in completions at (and often behind) the line of scrimmage, right where the Browns defense was patrolling.  At one point by the second quarter, the Jets had just four completions, and three of those were completed behind the line of scrimmage.  Wasn’t Gase hired because of his acumen on the offensive side of the ball?  Does he get to wear that label if he can’t figure out a way to get a pass completed down the field under trying circumstances?

Even with a stacked box and a short passing game, there were no quick slants over the middle to allow a receiver to make a play and the tight ends were invisible. On several play calls, the Browns sent more rushers than the Jets had blockers, showing no regard for Siemian or Falk, and the game plan didn’t force them to consider anything else.

While the Jets pass protection was abysmal, Gase did nothing to help left tackle Kelvin Beachum who was getting manhandled by Myles Garrett all night long.  Garrett went head-to-head with Beachum and get o the quarterback three times and drew multiple penalties.  We didn’t see enough help from a tight end or additional blocker to slow Garrett down and it showed.  On most Sundays Beachum is a decent enough left tackle in pass protection.  When he’s completely outclassed, it’s up to the coach to recognize that and adjust accordingly.  That didn’t happen.

In looking for a silver lining, one could point to the fact that Gase made a couple of substitutions that could pay dividends moving forward.  Starting cornerback Trumaine Johnson was benched after a terrible showing in week one and Nate Hairston played decent football in his place.  The Jets also sat $8.4 million center Ryan Kalil in favor of Jonotthan Harrison who looked better than the previously retired All-Pro.

Defensive coordinator Gregg Williams and his unit did a nice job for much of the day as the unit was eventually gassed as a result of being paired with an inept offense.  However, giving up a long touchdown pass to Odell Beckham had to hurt after Williams shot some barbs at Beckham through the media when he referred to him as “Odell, who?” earlier in the week.

After the game Gase said the team would have to look at the film to see who is doing their job and who isn’t, so don’t be surprised if there are more changes coming.