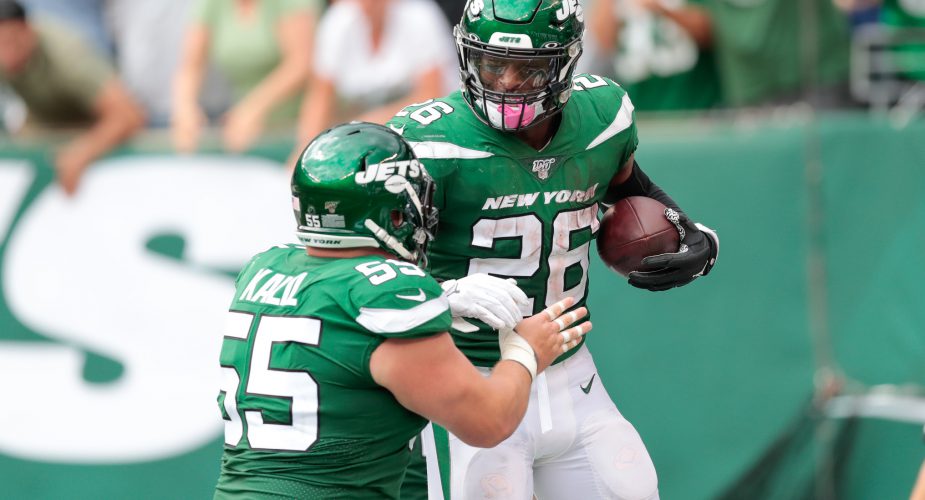 The bye week couldn’t come soon enough. At least for one week the pain of watching this team can subside.  The question is once this week is over are we going to be subjected to 13 more weeks of this dreck?

– How sad is this?  Lachlan Edwards almost has the same number of punts (24) that the two backup QB’s have in completions (35)!!!  Edwards has become a consistent punter unfortunately we’ve seen way too much of him.

– With the offense being so bad Sam Ficken has only had three kicks (1 FG, 2 PAT).  He’s made them all so he’s way ahead of the kickers who’ve been cut.

– Trenton Cannon is the touchback king and Braxton Berrios has become the “Jeremy Kerley” with all his fair catches.  They’ve done nothing in terms of flipping field position.

– When is CJ Mosley coming back? In the 40 minutes he’s played the defense pitched a shutout, generated four turnovers and scored twice.  Since Mosley has left the field the defense gave up a 16-0 lead and allowed 23 and 30 points.  Mosley is a DC on the field without him this defense has no shot.

– Blake Cashman (14 Tackles, .5 Sack, 3.5 TFL) and Neville Hewitt (21 Tackles, 2 Sacks, 3 TFL, 1 INT) have stepped up in their increased reps.  Once Mosley comes back that could become an interesting trio to watch on the second level.

– When is Quinnen Williams coming back?  The #3 pick in the draft needs to get on the field and display the talents he showed at Alabama because no one on the DLine is making an impact. Which is just another indictment on Leonard Williams and his career where he’s defining himself as a JAG.  Incredible that he’s making $14 million this year, hopefully Quinnen Williams can finally break the cycle of high wasted DLine picks which has plagued this team since 2012.

– Brian Poole and Nate Hairston have shown promise at CB.  Hopefully that continues and they can be part of a revamped CB position in the future.

– What offense? It has been a total breakdown in all phases which has led to a performance worse than a JV high school team.  Granted Sam Darnold hasn’t been available, but its time Adam Gase earns his money by creating a functional NFL offense.

– Darnold’s absence has exposed the deficiencies on all levels:
1. The OLine can not protect a traditional pocket passing QB.  Darnold covers their weaknesses with his mobility and pocket presence.
2. Poor pass protection makes the receivers ineffective/worthless.
3. The opposing defense has no respect for Trevor Siemian & Luke Falk.  They don’t fear them so they overload the box with 8 or 9 defenders and dare them to do anything.
4. An overloaded box has made it impossible to run the ball.  So LeVeon Bell’s talents can’t fully be used.

– Darnold hopefully will be back after the bye but its unfair to expect that he alone will fix these issues.  OLine changes need to be considered,  Ryan Kalil and Brian Winters have been two of the biggest culprits.  Will Gase ignore their contracts and go to Jonotthan Harrison, Alex Lewis or Tom Compton?

Now back to a relaxing week without Jets football. You can comment on this in our NY Jets forum.