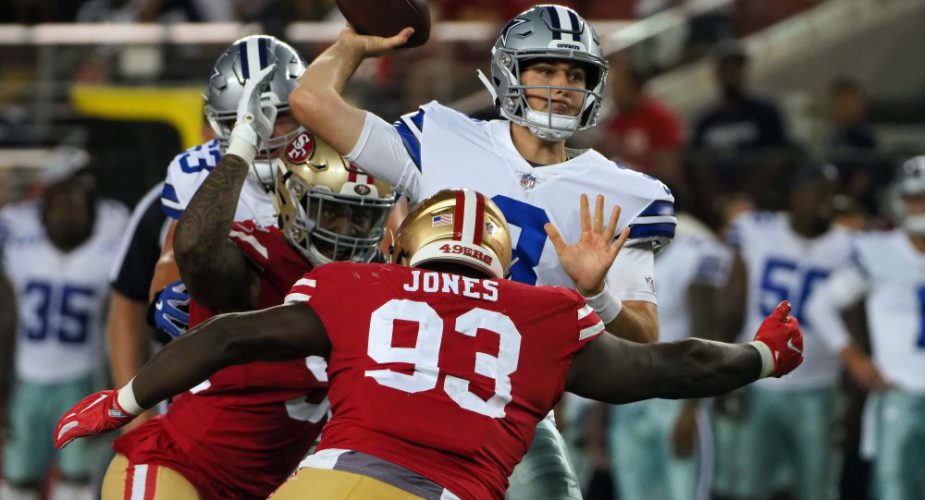 Looking to create more depth behind quarterback Sam Darnold, the Jets have added former Dallas Cowboys quarterback Mike White, who was chosen in the fifth round of the 2018 NFL draft before being let go by the Cowboys.

In this pre-draft article prior to the selection of Darnold, we suggested the Jets double down at quarterback in the draft and listed four players worth taking.  Current Jets quarterback Luke Falk was number two on our list, and Mike White was first.

A former Western Kentucky product, White had a junior year that put him on NFL radars as he completed 67% of his passes while throwing 37 touchdowns to 7 interceptions.  Playing with spotty protection in his final season, White saw his numbers slip to 65% to go along with 26 touchdowns to 8 interceptions.

White then stood out as one of the top signal callers at the Reese’s Senior Bowl prior to landing with the Cowboys and was featured on NFL network right here.