Jets Versus Pats a Battle of Three Quarterbacks 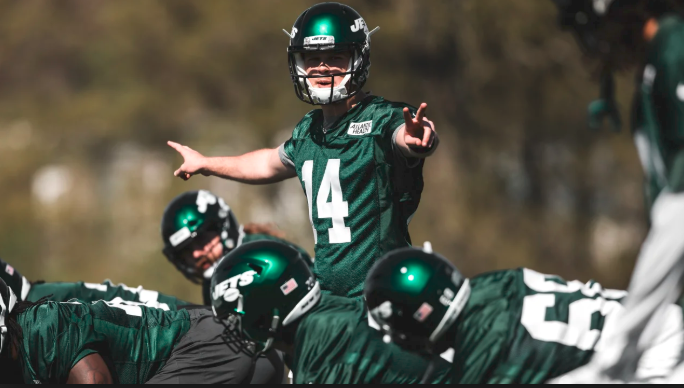 As the Jets prepare to host the New England Patriots on Monday Night Football, all eyes will be on quarterbacks Sam Darnold and Tom Brady, but it’s the return of the Jets quarterback on defense, CJ Mosley, who could have the biggest impact.  Who else should Jets fans be keeping an eye on?  Let’s take a look.

The Jets get their all-world inside linebacker back on the field and he’ll be the man in charge of setting up the Jets defense based on what he sees from Brady.  Mosley has played in just one game this season and stole the show with an interception that was returned for a touchdown and a fumble recovery against the Bills in week 1.  His calls on defense could be the difference in the game.

Darnold gets ready to take on the Patriots for just the second time in his career and he was shut down in his first go-around against Bill Belichick in week 17 last season (16-28 167 yds 0 TD’s).  Belichick will look to take advantage of a banged up Jets O-line to rattle Darnold early and often.  If Darnold can get the ball out fast enough, the Jets have a fighting chance in this one.

Edoga shut down Demarcus Lawrence last week while playing right tackle, and now with Kelvin Beachum nursing a bad ankle, Edoga is reportedly going to get a look at left tackle.  This will be a tall order as Collins poses quite a challenge as an athletic big man who can line up in multiple spots and test even the most experienced tackles.  Edoga will have his hands full.

Anderson was a huge part of the Jets offense against the Cowboys as he found the end zone for the first time this season, but McCourty has historically given him fits.  If the Jets are going to be able to move the ball, having Anderson make some plays down the field will go a long way in making life easier on the rest of the offense.

We liked the Jets for an upset earlier in the week, but too many injuries to the offensive line will likely mean a long day for Sam Darnold and company.  Final score, Patriots win 27-20.