Jets Lose to Fitzpatrick & the Dolphins 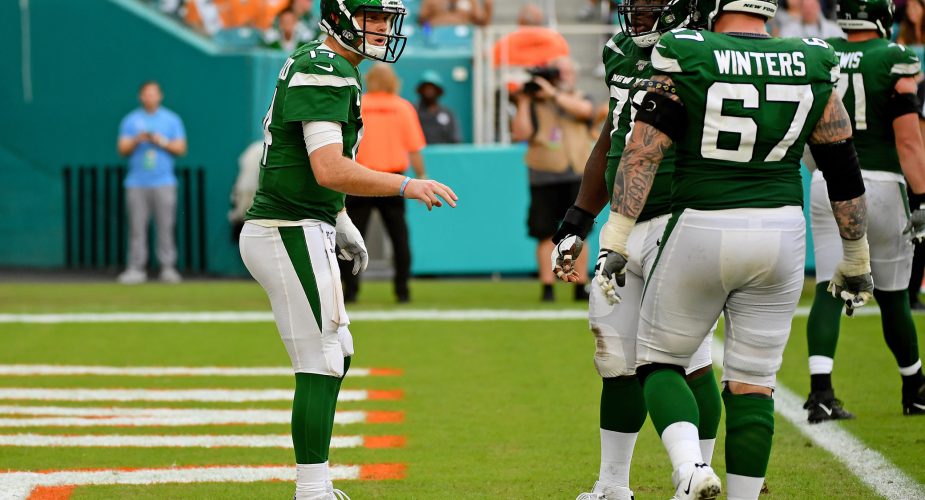 The Jets traveled to Miami and lost to the winless Miami Dolphins today. It is amazing to think and say but the Jets are the worst team in the NFL.  They are deficient in every phase of the game and made MIA and Fitzpatrick look like NE and Brady.  I’m not into the game of “fire the coach” but with how this team and Sam Darnold has regressed, Adam Gase should not be guaranteed to see 2020. How crazy is this thought, this team was better under Todd Bowles with Jeremy Bates as the OC:

– This team was unprepared, undisciplined and actually looked like it quit today. MIA is tanking and Fitzpatrick carved them up all day.

– At the end of 2018 Sam Darnold looked poised with an understanding of where to go with the football.  That’s no longer the case, he now looks confused and makes silly mistakes.  What an absurd INT which cost the team a TD.

– LeVeon Bell was one of the elite offensive play makers in the sport.  That’s no longer the case, an awful OLine and a run scheme with no creativity has neutralized him.

– How in the world did Chuma Edoga shutout Demarcus Lawrence???  He’s been an ineffective penalty machine since the DAL game.

– Even on the rare occasion that an offensive play works, you know somewhere there’s a penalty flag on the field waiting to wipe it out.

– Everyone in the secondary has caught “Trumaine Johnson disease”.  No speed, no coverage and penalties on every pass.  Which made pedestrian WR’s look like Lynn Swann and John Stallworth.  Absolutely shameful performances all around.

– I know James Burgess and Harvey Langi are 3rd string LB’s but can Gregg Williams come up with a scheme to stop MIA TE (Gesicki) once?  How about putting the “leader” Jamal Adams on him?  How many times did he gash the defense on third down?

I NEVER want my team to lose games but with this pathetic display maybe its best  to lose out and get the highest draft pick possible.  Joe Douglas needs as much ammunition as possible to revamp the OLine, pass rush, CB’s and WR’s.