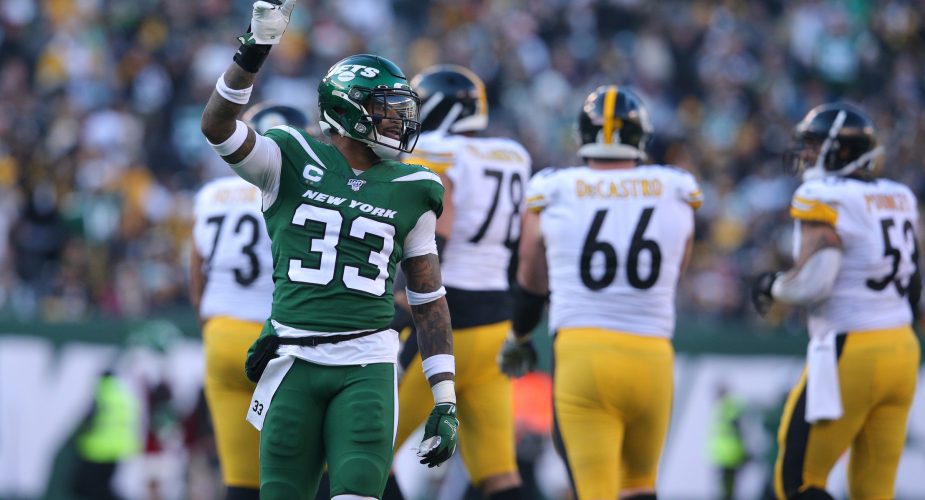 In a defensive struggle that had a playoff feel the Jets put a major dent in PIT hopes with a 16-10 win.  Fans and critics will try to minimize it but this team is now 5-2 in the second half of the season.  Some will now obviously cry about dropping in draft position.  But to me its more important that Sam Darnold play solid against an elite defense and win in a playoff atmosphere.  Let’s take a look:

– Nothing special in the KO return game and Braxton Berrios had one punt return for 20 yards.

– Lachlan Edwards had a 45 yard average but had an awful 25 yard shank on the final drive that allowed PIT to start at midfield.  He’s lucky he got bailed out by the defense.

– They allowed only 10 points and pitched a shutout in the second half but they were only solid.  Let’s face it James Conner and Mason Rudolph were giving them problems until they left with injuries.  And without a key PBU by Marcus Maye on the final drive and Devlin Hodges being trash as a QB they could’ve lost.

– Bless Austin had his worst game of his short career as he was burned on a TD pass by Rudolph at the end of the first half.  Ultimately he was replaced in the starting lineup.

– Solid return to the lineup by Jamal Adams as he had 8 tackles, 2 TFL and a QB Hit.  His ankle must not be 100% because he didn’t play in the box as much as he normally does.

– Marcus Maye was excellent as he had 4 tackles, 2 PD and an INT.  He basically saved the game on the final drive as he pulled a TD out of the hands of the WR.

– After missing a couple of games with a neck injury the “Alabama” version of Quinnen Williams showed up.  In easily his best game as a pro Williams finally flashed the skills we saw in college.  He had 4 tackles, 1 sack, 1 TFL, QB Hit and multiple penetrations.  Against an excellent PIT OLine it was encouraging.

– The ILB’s had their usual productive days as Neville Hewitt had 8 tackles, 1 sack, 1 TFL and a QB Hit.  While James Burgess also had 8 tackles and a TFL.

– Tarell Basham showed excellent athletic ability as he dropped into coverage and made a leaping INT.

– Active days for Foley Fatukasi and Kyle Phillips as they both had 3 tackles, 1 sack, 1 TFL and QB Hit.

– Credit to the defensive staff for developing so many “under the radar” players. Because every week it seems like I’m mentioning the same names.

– The offense got off to a hot start as the “first 15 plays” were well scripted by Adam Gase.  A combination of RPO’s and an uptempo no huddle put PIT defense on their heels as they scored an opening TD.  But then the “brown out” trend cropped up as in their final 10 drives the offense had five three and outs and generated only 3 FG’s.  Some of those three and outs started in excellent field position.  They did play an elite PIT defense (49 sacks, 35 turnovers) but this trend has to be eliminated.

– The OLine “punched above their weight” as they held off PIT pressure to keep Sam Darnold clean and did enough on the ground to keep the defense honest.

– Robby Anderson scored the only TD (2 rec / 32 yds) with a fantastic hands catch over two DB’s.

– Even though Trevon Wesco had a catch for 32 yards this offense really misses Chris Herndon and Ryan Griffin at TE.  It seems like Darnold does have great chemistry with anyone else at the position.

– “Game manager” effort by Sam Darnold (16/26, 183 yds, 1 TD) against another elite defense.  He made quick decisions, got the ball out and knew where his  “hot” receivers were.  It actually seemed like he was more productive when PIT forced him to make quick decisions.  When Darnold had more time he made some errant throws and got away with an INT when Mike Tomlin didn’t challenge the Joe Haden play in the first half.  On the strip sack Darnold had two hands on the ball so credit to TJ Watt’s “fumble” skills.