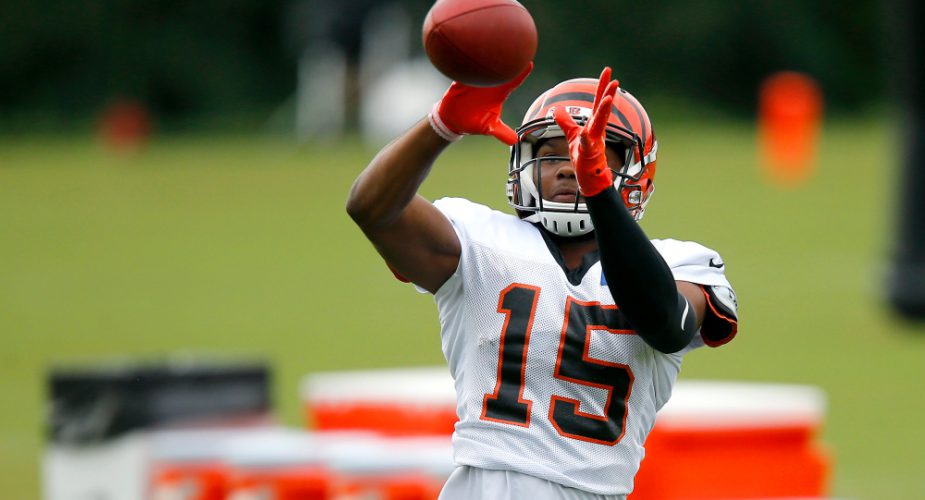 The NY Jets have announced that they have acquired wide receiver D.J. Montgomery on Waivers from the Cleveland Browns. Recently acquired running back Kalen Ballage failed his physical so he is no longer with the team.

More intrigue for former #Dolphins RB Kalen Ballage, who was to be traded to the #Jets: Source said he failed his physical with #NYJ because of a hamstring injury. So Ballage reverts back to MIA, who likely releases him. He could end up back with the #Jets when healed.

Randy Lange has all the details on Montgomery below:

Montgomery (6-1, 201) came to the Browns as an undrafted free agent. He had two college seasons of double-digit touchdown receptions, first a 10-TD sophomore campaign for Holmes Community College in Mississippi, then another 10 TD grabs at Austin Peay as a senior in 2018. For his two-season Peay career he totaled 61 catches for 1,025 yards (16.8 yards/catch) and 13 touchdowns.

He began his rookie preseason in Cleveland strongly with five receptions for 124 yards and a touchdown in the Browns’ first two summer games. But he sustained a hamstring injury midway through training camp and sat out the season on Injured Reserve.

Montgomery joins the Jets offense just as RB Kalen Ballage departs. Ballage, who was acquired from Miami in a Thursday trade involving a conditional Jets draft pick, will revert to the Dolphins after not passing his physical.

You can read more about DJ Montgomery and see fan reaction in our forums.