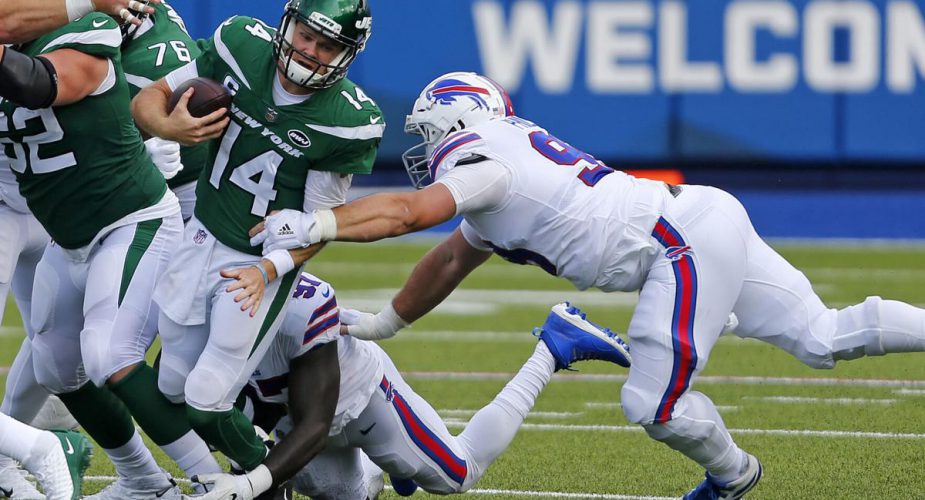 In a Week 2 that saw so many injuries across the league, the Jets and Niners suffered a handful of injuries themselves. San Francisco defensive linemen Nick Bosa and Solomon Thomas both left in the first half with knee injuries, and neither would return. Wide receiver Breshad Perriman was injured while blocking on a screen pass play, and he did not return to the game. Quincy Wilson, Arthur Maulet and Connor McGovern also left with injuries during the game and did not return.

Last week, the New York offense got off to the slow start, but this week it was the defense’s turn. On the first play from scrimmage, Raheem Mostert took it 80 yards untouched to begin the long day ahead for Gregg Williams’ defense. If not for a holding penalty, Mostert would have scored on an identical play call later in the second quarter. Jordan Reed looked like the Jordan Reed of old, scoring 2 touchdowns in the first half, both while being covered by Marcus Maye. At halftime, Adam Gase said “we physically got beat” and that tackling needed to improve.

Nick Mullens started the second half for the 49ers, after starter Jimmy Garoppolo sustained a right ankle injury following a Quinnen Williams sack. Despite the change at quarterback, Quinnen Williams was still able to be disruptive, having his first career multi-sack performance. Adam Gase called the most creative play we’ve probably seen since becoming head coach of the Jets, a 10-yard end around to Josh Malone. For the second consecutive week, the Jets look undisciplined, and the scoreboard revealed that. Gase chose to take a field goal down 21 late in the third, and then decided to dial up a screen pass on third and 10+, which goes to show where the competitive spirit of this team is. The Jets were outgained 359-277 in total yards, surrendering 182 rushing yards. They will now head on the road to Indianapolis to face the 1-1 Colts next Sunday.

First INT in the Green & White for @pierre_desir.

We know things aren't going well, but this was a pretty great play by Sam.