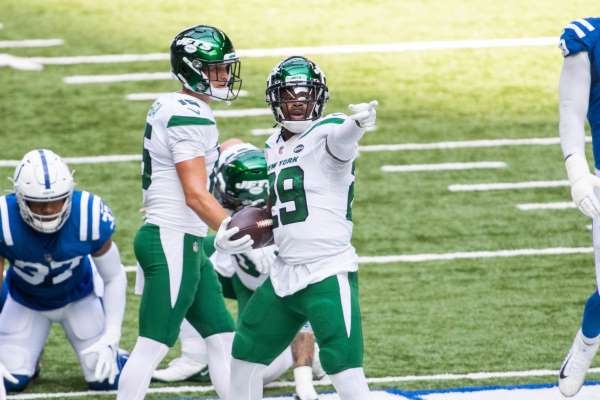 The NY Jets announced a few roster moves this week. QB Mike White has been added to the practice squad. There are also a few changes at the running back position. Kalen Ballage was released and Ty Johnson was claimed the other day. It has been a bumpy year for Ballage with the Jets, the team traded for him and then he failed his physical. He was eventually picked up on waivers before being released today. This could mean that Le’Veon Bell is getting close to return. We will learn more about that this week when Adam Gase speaks to the media.

The #Jets have signed QB Mike White to the practice squad and have released RB Kalen Ballage from the active roster.