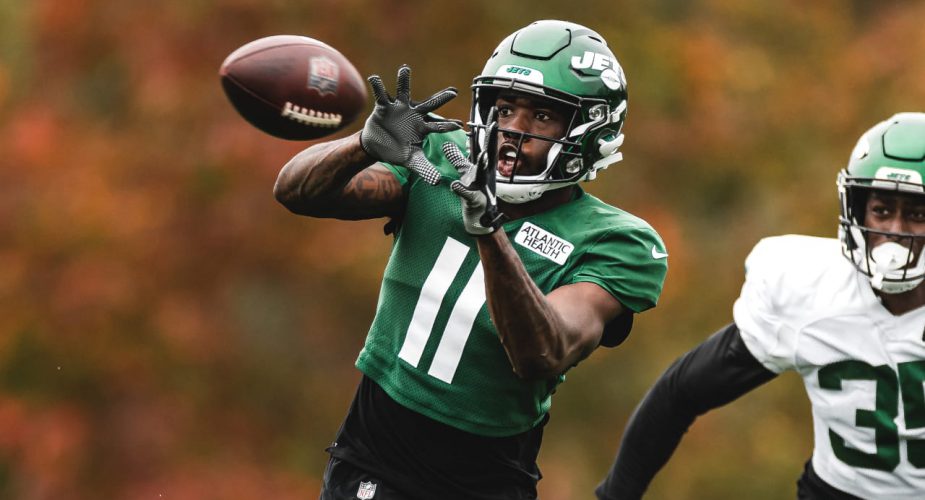 For the first time since Week 1 of the season, Jets fans have a twinge of hope and excitement heading into this Week 7 matchup. New York has been banged up all year, but finally got a dose of good luck, as Sam Darnold and Mekhi Becton were healthy enough to complete a week of practice for the first time since injuring their shoulders three weeks ago vs the Broncos. The offense will also get an additional boost on the perimeter, as rookie WR Denzel Mims is set to make his highly anticipated debut for the Green & White. Darnold won’t have his full complement of weapons, however, as Jamison Crowder injured his groin in practice and will sit out of today’s contest. Braxton Berrios is set to start in the slot, looking to build off a solid 2020 campaign amassing 11 catches for 141 yards and 2 touchdowns in limited action.

The 4-2 Buffalo Bills come into MetLife off two consecutive losses against the Titans and Chiefs. During the week, the team had a slight Covid-19 outbreak, as four TEs including standout Dawson Knox tested positive leading up to gameday and will be inactive. They will also be without their speedy wideout John Brown. Here is the full list of inactive players for Sunday’s rivalry game.