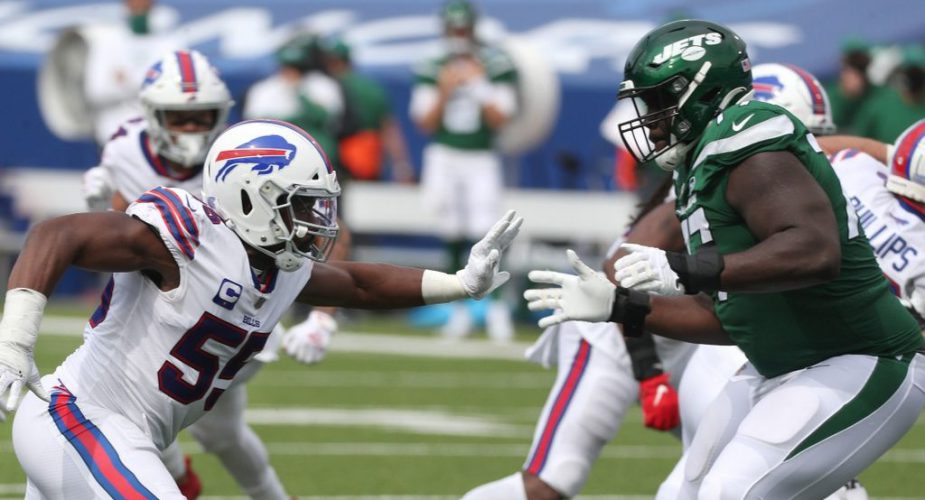 Still in search of their first victory of the 2020 season, the Jets fly west to take on the struggling

Chargers who have had a difficult time holding on to fourth quarter leads this season, leaving them with a 2-7 record.  Could the Jets find a way to pull off an upset?  Their chances are actually better than some might think.  Where are the key matchups?  Let’s take a look.

LT Mekhi Becton vs Edge Joey Bosa: One of the NFL’s best pass rushers in Joey Bosa returns from injury just in time to face one of the league’s premiere young left tackles in Mekhi Becton.  Becton has more than held his own this season but could face his biggest test yet in Boas.  Becton left Monday night’s game with what was initially called a “chest injury” but turned out to be a cold that led to some breathing difficulties.  Bosa should also see his fair share of reps against right tackle George Fant who will have his hands full as well.

WR Breshad Perriman vs CB Casey Hayward: Hayward has struggled of late when going head-to-head with speedy receivers and Breshad Perriman is a burner who is coming off of his best game of the season after putting up 101 yards and a pair of touchdowns against the Patriots.  Look for Joe Flacco to try to keep things going with his top target early and often.

CB’s Bless Austin and Bryce Hall vs WR Keenan Allen: Rookie phenom quarterback Justin Herbert has been relying heavily on Allen who has seen double-digit targets in five of San Diego’s last seven games.  With Pierre Desir being shown the door, it’ll be Austin and Hall tasked with slowing Allen down.  Look for plenty of safety help along the way.

The Jets keep this one close but fall short just as they did on Monday night as the Chargers pull out a 30-24 victory.