The Day After (Another Loss) — Jets Notes 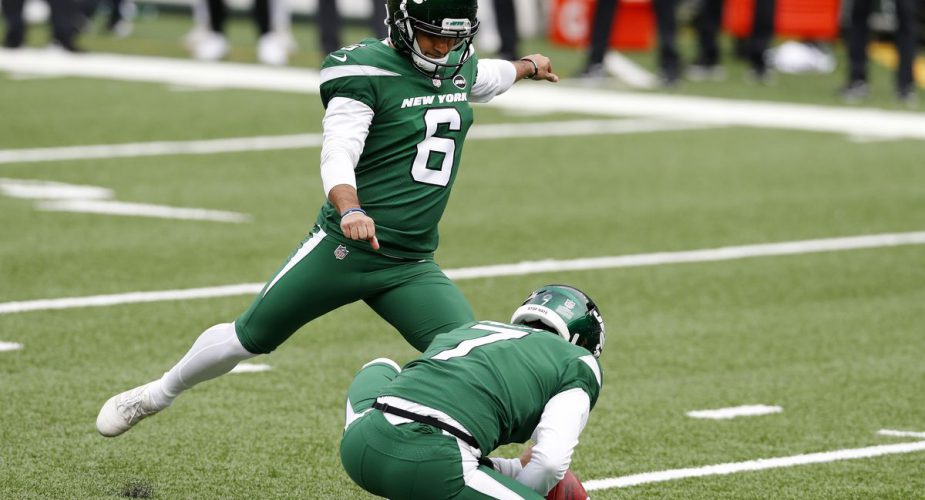 It is almost over, only three more games (they better be losses) and the Jets can get on to the off-season and wiping away the memory of Adam Gase:

– Other than an incredible INT by Marcus Maye and an impressive KO return by Corey Ballentine (60+ yards) there’s nothing positive to say.

– Why is Gase so devoted to Frank Gore? He’s 37 years old, coming off a concussion and there he is getting touches that should be going to a younger RB.  And on top of that he fumbles, makes no sense.

– Sergio Castillo, all the good will you generated in replacing Sam Ficken just went out the window.  Missing three chip shot FG’s in an empty stadium is ridiculous.

– Jamal Adams got his “revenge” and totally exposed his lack of ball skills in the same game.  Sam Darnold literally hit him between the 3’s on his chest and he still couldn’t catch it.  As Mike Mayock used to say during Combine coverage, “he’s got hands like feet”.

– You know the game is out of hand when a team employs the “Geno Smith mercy playbook” on you.

– SEA is going to kick themselves for losing last week to the NYG with Colt McCoy at QB.  They took them lightly and it may very well cost them the division.

– Don’t expect to see anything different next week going against the LAR. Aaron Donald and their defense has been kicking butt so another 40-3 wipe out is on the table.  It will be fascinating to see how Mekhi Becton deals with their talented DLine.

– A couple of good things coming out of the league yesterday, the NYG coming back down to earth and getting trashed by ARZ.  The amount of praise/hype for a 5-7 (now 5-8) “first place team” was ridiculous.  And most importantly to our Trevor Lawrence pursuit, JAX went back to Gardner Minshew at QB.  Hopefully he can generate some “magic” and squeeze out a win in the next three games.

– Christopher Johnson, you gave Joe Douglas a 6 year contract and allowed him to hire a football staff.  Its time to put the franchise into his hands and get out of the way. You should answer questions at the press conference where Gase is fired, after that you need to go silent.  For once let’s have a Jet head coach search operate properly where a GM finds the proper coach and the owner “rubber stamps” it with a meet & greet interview before the press conference.  Let’s try logic for once, please.

– Amazing to think that we are three weeks away from basically controlling the draft and free agency:

* Having the opportunity to draft a “generational QB” (I hope, we’ll see)
* Having three first round picks (#1, #25, #33)
* Having five premium picks in the first three rounds
* A tradeable asset (Darnold) where we can get a sixth premium pick (I hope, he’s not helping)
* The most $$$ in free agency where the cap is going down league wide

– Finally, here’s a scenario to kick around at the HC spot.  Would you consider bringing back Rex Ryan at HC if he brings in a staff headed by Tony Elliott (Clemson OC) and Jim Leonhard (Wisconsin DC)?  If you look at all the connections its not crazy: