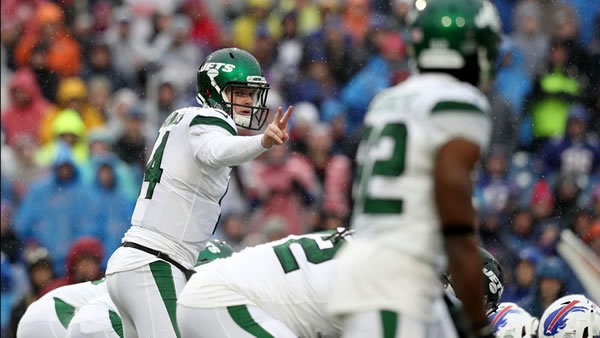 This week, the New York Jets travel west again for their matchup, this time against the 9-4 Los Angeles Rams. Adam Gase & Co. are coming off their worst loss since he was hired to lead the team, a 40-3 drubbing to Seattle. Despite firing defensive coordinator Gregg Williams, the defense looked marginally worse under interim Frank Bush. Sergio Castillo added 3 missed field goals to the misery in the Pacific Northwest. Now, Sam Ficken is back from Injured Reserve to resume his role as place kicker, and Castillo was cut and sent down to the practice squad. The team also announced the signing of kicker Chase McLaughlin.

On defense, DT Tanzel Smart and OLB Sharif Finch were elevated from the practice squad ahead of today’s game. These moves come after the team put veteran Jordan Jenkins on season-ending IR, and Folorunso Fatukasi is out after being placed on the Reserve/Covid-19 list. Can the Jets slow down the NFL’s sack leader in Aaron Donald? Here are the inactive players for this afternoon’s cross-country showdown.