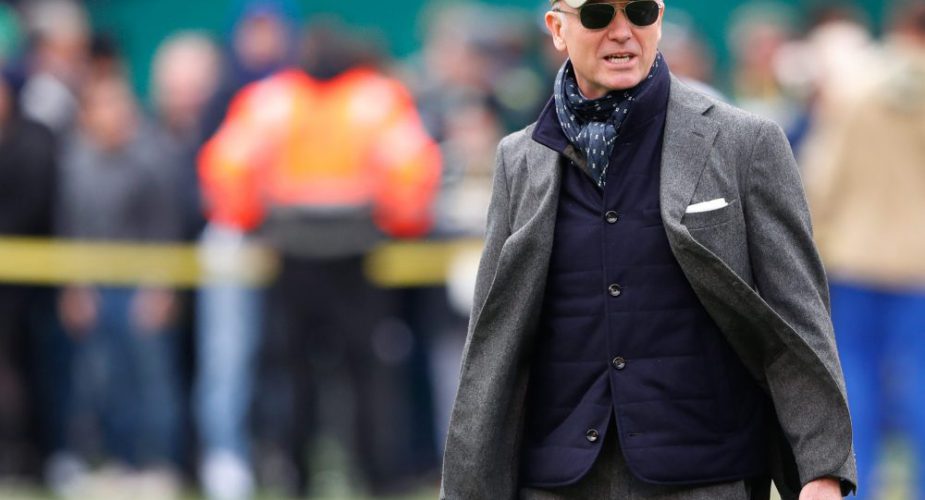 Christopher Johnson spoke to the media a day after the announcement that Adam Gase was fired. Several highlights and quotes from the interview appear below.

The quick version is this:

Will the organization structure stay the same? Coach and GM both report to the owner?

Everything is up in the air here, and that is one of those things that we are considering changing.

Why should fans have confidence they will get it right this time?

Let me start with why they should have confidence that we’ll get it right. In this room, we’re going to have me, we’re going to have Hymie (Elhai), who has been part of the Jets for 20 years, who was a big part of the search for Joe (Douglas), and he’s a highly trusted adviser to both me and Joe. And we also have Joe, and this is important, Joe has a lot of background, he has a lot of time in this league, he’s well respected and make no mistake, he’s going to be taking lead on this. While this is a collaborative effort, his opinion will be taken most seriously. And I think that the fans can feel safe knowing that we’re going to get this right.

First of all, with Joe, he’s been around a number of very, very good NFL teams. He has seen the best of us, he’s taken it in, and he has strong opinions about how to do this right, how to bring in the right culture. I think we’ve seen with his early moves the direction of that and I think we should have every confidence in him as the man on point in this search. I think fans should have a great deal of confidence in that, I really do. This coach is going to be, as I said to Kim, it’s going to be a coach of the entire team. And one thing I should probably stress is we’re a really young team and with all these draft picks, we’re getting younger. Our new coach and his staff are going to have to be great at developing that young team. But I’m quite confident that Joe and I and Hymie can find this guy.

What role will Woody Johnson play in the coaching search? When will he be back on a full-time basis?

My brother has one job. His attention is undivided, he is the Ambassador to the (United Kingdom). When he comes back is still uncertain, but I’m personally looking forward to him coming back. Most of my adult life I’ve worked with Woody on a daily basis, and I’ve thoroughly enjoyed that time and that process. And I’m not going any place, I’m still going to be here. There will be a fair amount of continuity, my role will be significant moving forward. But when he does get back, whenever that is, he will of course have the final say on decision making, but I’ll be an important adviser to him and a big part of what happens here.

What kind of coach are you looking for, “CEO” that oversees things or someone with an offensive or defensive mindset?

Why did you wait to make a coaching change?

The final decision was recent, I won’t get any more specific than that, but I didn’t see change at head coach helping us earlier. I saw the players and coaches were still locked in and you know they came to practice playing hard every day and you’d see them in games, they never gave up, that’s extraordinary. I mean the players I’ve talked to today all remarked on that, that a lot of them have been on teams where people gave up if things didn’t go well. I just don’t think you make a change there midseason. Also, you know, we’ve never done that on this team while we’ve had it, we’ve always allowed a coach a full season, a chance to change the direction and I didn’t feel that it was wise to change that now.