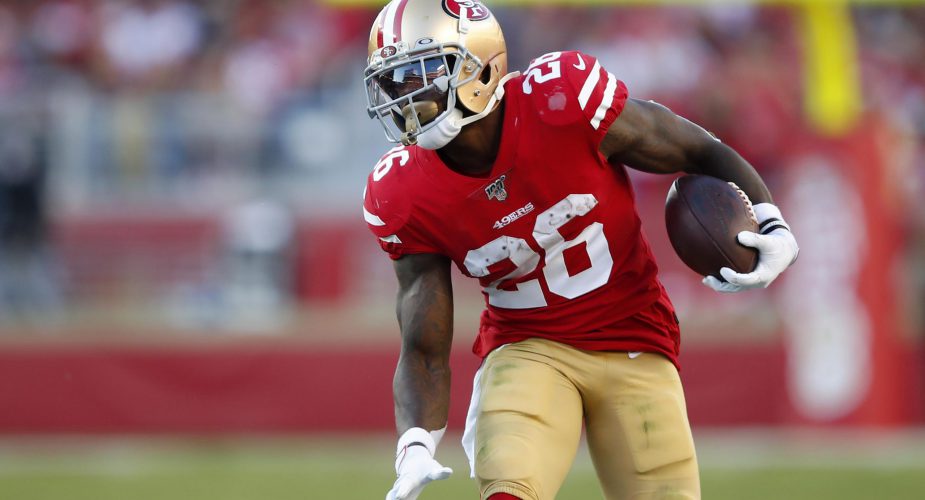 The NY Jets added some experience to the roster on Wednesday with the additions of running back Tevin Coleman and defensive end Vinny Curry.

Jets signed former 49ers' RB Tevin Coleman to a one-year deal worth up to $2 million deal, per source.

The move reunites Coleman with offensive coordinator Mike LaFleur. In 6 NFL seasons Coleman has rushed for 2,937 yards and 24 touchdowns. He also has 1,224 receiving yards and 12 touchdown receptions. Coleman joins a Jets roster that currently has these running backs La’Mical Perine, Josh Adams and Ty Johnson. This is a position the Jets could target early in the draft as there is no consensus # 1 back in that group.

Here is more from the Jets on Vinny Curry.

Curry (6-3, 279), who turns 33 in June, is entering his 10th NFL season after spending eight of his first nine years with Philadelphia and one season with Tampa Bay in 2018.

He played his scholastic football at Neptune HS in central New Jersey, where he was team captain, team MVP and first-team All-State as a senior. So with the Jets as with the Eagles, he remains within driving distance of his hometown.

He was the Eagles’ second-round selection, 59th overall, in the 2012 draft out of Marshall University after putting up a combined 23 sacks in the 2011 and ’12 seasons for the Thundering Herd.

Curry has been a rotational DE most of his career, although he started all 16 games for the Eagles in 2017 and has made all 28 of his pro starts in his last four seasons. He had three more starts in the ’17 postseason, including in Philly’s win over New England in Super Bowl LII.