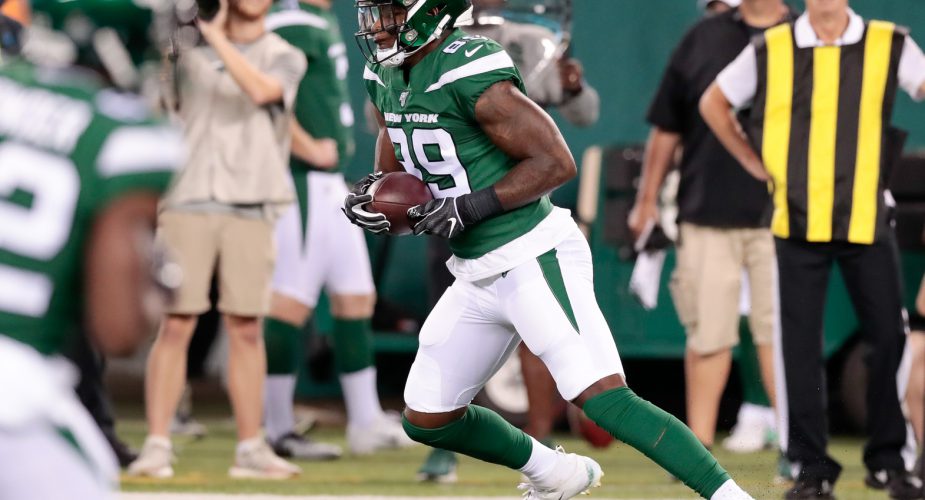 Catastrophe.  Disaster.  Incompetent.  Liability.  Pick your negative adjective to describe Jets tight end Chris Herndon’s play through the teams first 8 games of the 2020 season and any (or all) of them will fit just fine.  Every pass that came Herndon’s way felt like it was either dropped or caught and fumbled.  Herndon couldn’t get out of his own way.

Then after suffering yet another drop on his first target of the team’s 10th game of the season against the Los Angeles Chargers, something changed.  All of a sudden, Herndon caught the next catchable pass that came his way.  Then the next one, and the next one…and he just kept catching them.

After a myriad of drops leading up to that first target against the Chargers, Herndon would go without a drop for the rest of the season, hauling in 100% of the catchable passes that came his way.

Many Jets fans tuned out in the second half last season and didn't notice Chris Herndon was a different player. The guy with all the drop and fumbles disappeared in the second half of the season and we saw the promise that was evident in year 1. Biggest issue? Lack of targets. pic.twitter.com/HjbsRIWKB6

There were no more fumbles and Herndon scored 3 touchdowns in the second half of the season despite playing in what many would consider to be the worst offensive coach/quarterback combination in the NFL.

The first-half struggles saw Herndon get excoriated on social media by fans who were desperate for Gang Green to show some level of competence on offense.  Herndon was part of the problem early on, but turned things around in a big way in the second half.  His numbers weren’t eye popping by any stretch of the imagination.  His own fault in weeks 1-8, but lack of targets or emphasis from his quarterback and head coach are the reason from that point on.

Even after a leaping/twisting catch for a first down and fingertip grab for a score in that Chargers contest, Herndon didn’t see another ball come his way for the next two weeks.  He would see just one target the week after that, and then finally became a part of the offense in weeks 15-17 when he hauled in 14 catches for 145 yards and a pair of touchdowns.

As we mentioned earlier in the week in regards to running back Ty Johnson, the Jets former head coach wasn’t exactly known for getting his best players involved in the offense.  Leading up to the 2020 season, Herndon was expected to be exactly that; one of the team’s best players.  His slow start had him on the outside looking in and an uptick in production did little to get the attention of his head coach and offensive coordinator (both out of the NFL).

So while the limitless potential of the wide receiver group has been frequently discussed, it’s a bounce-back from Herndon that would go a long way in making Gang Green an offensive force in 2021.