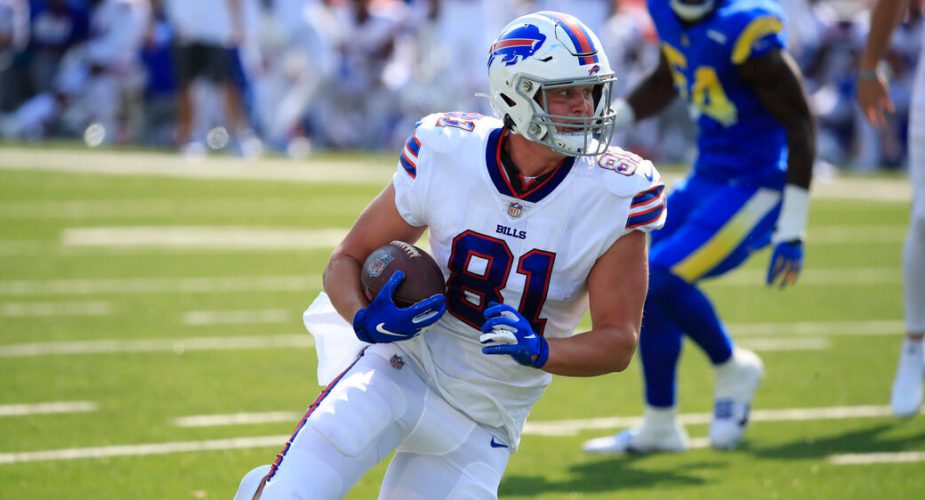 It would appear things are looking up for the New York Jets as GM Joe Douglas has dramatically improved his roster on both sides of the ball this offseason.  One area of improvement that has plenty of fans excited is at wide receiver where the Jets have added Corey Davis and Keelan Cole via free agency before drafting Elijah Moore with the 34th pick in the draft.

If Chris Herndon regains his rookie form, which is a distinct possibility following his strong finish last season, he figures to be the team’s starting tight end.  Outside of Herndon there’s plenty of intrigue regarding undrafted free agent Kenny Yeboah due to his athleticism and big play ability but there are two other guys who could fit the TE2 role nicely.

Kenny Yeboah would eventually cool down, but through his first four games of the season for Ole Miss (Florida, Kentucky, Alabama, Auburn), he picked up 438 yds on 19 rec to go along with 4 TD's. Could be good value pick in late rounds. pic.twitter.com/DCDoCZntis

New addition Tyler Kroft and returning tight end Ryan Griffin have been productive role players in spurts when given an opportunity to get involved in the offense with the Bengals and 2019 Jets respectively.

Kroft spent last season with the Buffalo Bills where he caught just 12 passes for 3 touchdowns including a game winner against the Rams while Griffin was a part of the sinking ship of an offense known as the FFS Gase.

The 6′ 6” Kroft has been called on to block for much of his career but in 2017 as a member of the Bengals, he had his number called a career high 62 times as a pass catcher.  The end result?  A respectable 42 receptions for 404 yards and 7 touchdowns.  Numbers coming anywhere close to that in 2021 as a second tight end with a roster loaded at receiver would be more than welcome.

Week 3 Buffalo vs LAR last season and Josh Allen almost overthrows the 6' 7'' Tyler Kroft but the tight end will have none of it, goes fully extended to pull in the game winning TD. It's Kroft's second TD of the game. pic.twitter.com/etJ1UJRGdY

Meanwhile, Griffin also had a decent season for himself back in 2020 when the Jets were without Herndon and Gang Green got him involved in the offense at mid-season.  Griffin tallied just 9 receptions through the first seven weeks of the year before seeing his targets and production take a jump.  Over his final six full games (he was knocked out for the season early in week 14), Griffin hauled in 24 balls for 266 yards and four touchdowns.

Of course neither of the two are going to remind anyone of Tony Gonzalez and Yeboah could knock both of them down a notch on the depth chart (or even off the roster) with a strong camp, but for an offense that’s expected to feature tight ends more than the Jets have in recent years, these two are worth keeping an eye on.  Forced to pick, we’d say Kroft and Yeboah bump Griffin when all is said and done.