Despite Plethora of Injuries, There is Some Good News for Jets Offensive Line 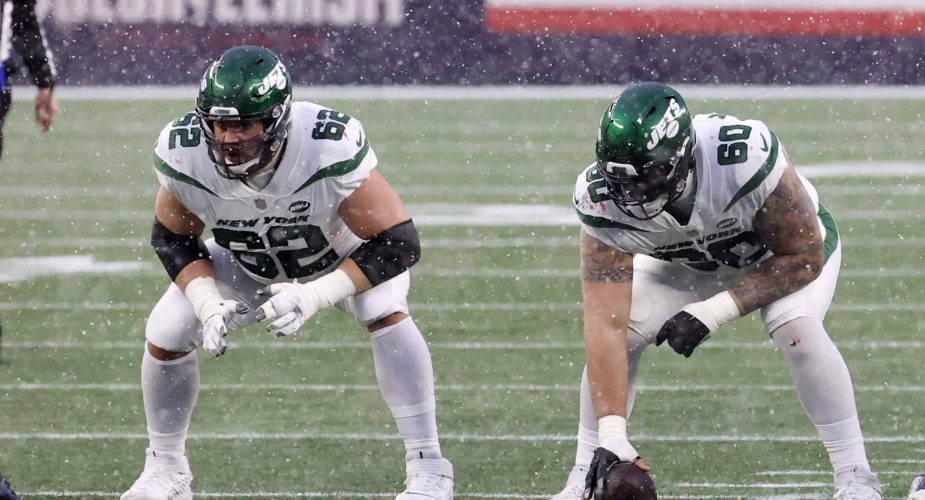 As we discussed yesterday the Jets offensive line has been taking an absolute beating during training camp.  From injuries (Mekhi Becton, Alijah Vera-Tucker, Cam Clark, Conor McDermott, Jimmy Murray), ineffectiveness (Dan Feeney and Corey Levin) and a surprise retirement (Alex Lewis), the Jets have plenty to worry about in the very near future.  However, all is not lost, Jets fans.

Two holdovers from last year’s group were hoping to make strides in the team’s new offensive system in center Connor McGovern and right guard Greg Van Roten.  So far, the results have been encouraging.

Despite having one of his worst season’s as a pro in 2020, McGovern has looked more like the player the Jets coveted as a member of the Broncos than last year’s version.  On his right, there’s Van Roten who had Jets fans cringing over the course of his first month or so with the club.  Van Roten would turn things around and play much better as the season progressed in 2020.

Through two pre-season games, both players have looked impressive on film.  In glancing at each lineman’s overall grade provided by the folks over at pro football focus, it seems they agree.  Van Roten carries one of the team’s  highest grades at 76.2 while McGovern is sitting at 70.8.  This is very good news for the Jets.

While the short-term may look bleak, the long-term outlook for the group’s ceiling is very high.  If and when the Jets trot out  Becton, Vera-Tucker, McGovern, Van Roten and Morgan Moses or George Fant, it should lay a very good foundation for quarterback Zach Wilson and his running backs to work with.