Jets Week 4 Inactive List: Banged up vs Bengals on Halloween 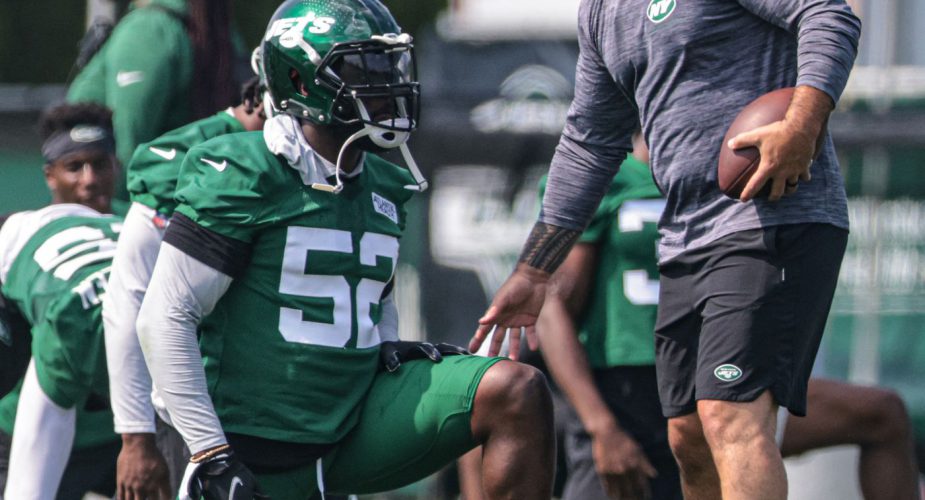 After one of the worst losses in recent memory, a 54-13 drubbing at the hands of the New England Patriots, the Jets limp back home to face the hottest team in the AFC, the Cincinnati Bengals. With rookie quarterback Zach Wilson expected to miss 2-4 weeks with a PCL sprain, backup Mike White prepares to start the first game of his NFL career. Josh Johnson was also elevated from the practice squad, while newly acquired Joe Flacco is inactive as he acclimates to the offense. New York’s number one wide receiver for the season, Corey Davis, popped up this week on the injury report with a hip injury that left him limited in practice on Thursday, followed by a DNP for Friday’s practice. This means Denzel Mims should get an extended look at the “Z” receiver position. Elsewhere on offense, Tevin Coleman remains out with a hamstring injury, and TE/FB Trevon Wesco will be sidelined with a knee injury.

Defensively, the Jets activated LB Jarrad Davis off short-term IR, and he is expected to have a significant role immediately. They also signed Noah Dawkins to the active roster, and C.J. Mosley is likely to return to play. Shaq Lawson (wrist) and Quincy Williams (concussion) are working back from their respective injuries and are expected to play. Bryce Huff is out for today’s game with a back injury. Here is the full list of inactive players for the Jets’ Halloween matchup: