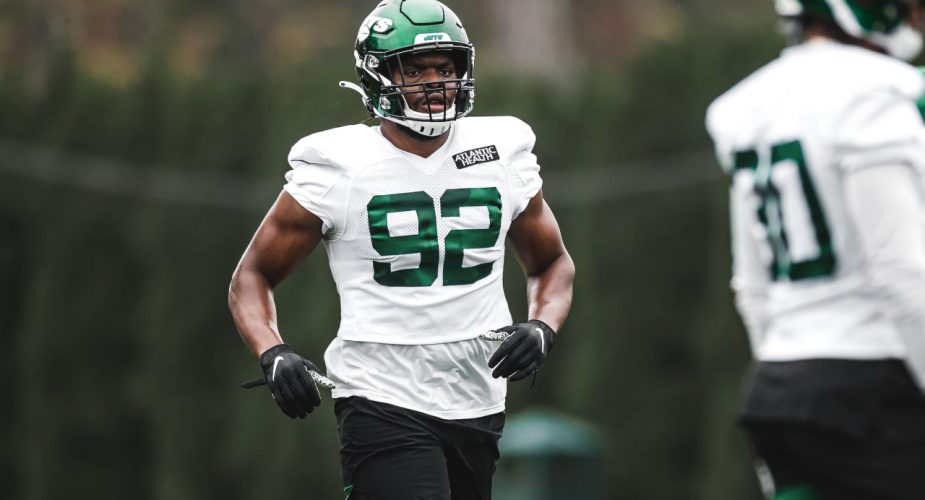 As we mentioned the Jets have activated LB Jarrad Davis from injured reserve. The team also released S Jarrod Wilson. LB Noah Dawkins has been signed to the active roster. QB Josh Johnson and DE Jabari Zuniga have been promoted from the practice squad.

Wilson (6-2, 210) appeared in four games this season with the Jets and had 9 tackles and 1 TFL. A Michigan product, Wilson originally signed as an undrafted free agent with the Jacksonville Jaguars in 2016 and has 197 tackles, 11 tackles for loss, 3 interceptions and 2 forced fumbles in 79 games (32 starts).

Dawkins (6-1, 215) was also elevated for last week’s game against the Patriots and had 2 tackles on 14 snaps. He also had 16 special teams snaps. Dawkins signed with the team’s practice squad Oct. 9 after he was a final cut in September. He spent time on the Jets’ P-squad last season before being elevated to the active roster in December and taking 50 special teams snaps. He also played in 10 games for the Buccaneers in 2019.

Johnson (6-3, 219) was signed to the Jets’ practice squad Sept. 1 after signing with the team in August. He completed 7-of-8 passes in the Green & White’s preseason finale for 73 yards and 1 TD for a 144.3 rating. He has made 16 previous stops in the NFL before joining the Jets with 13 different NFL franchises, including his most recent stay with San Francisco last season where he overlapped with Jets head coach Robert Saleh. Johnson has appeared in 33 regular-season contests and made eight starts.