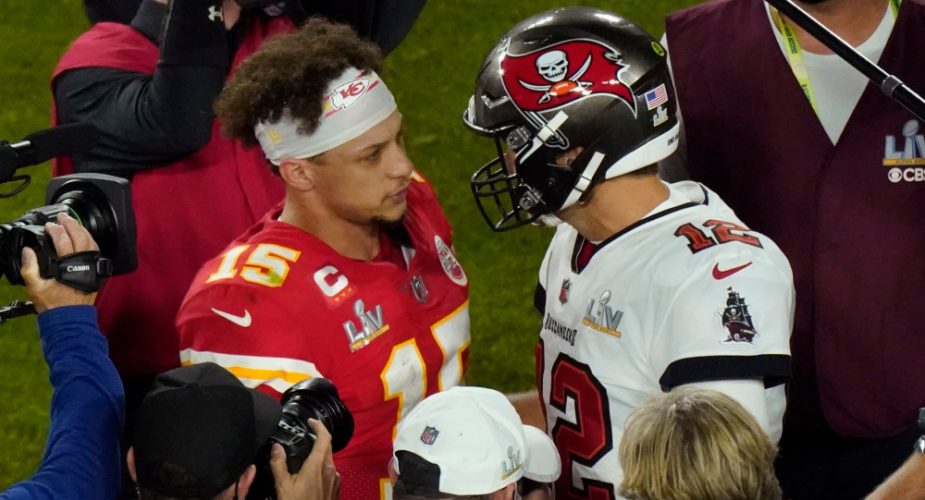 Kansas City quarterback Patrick Mahomes is considered by many as being a player with a very bright future, but the chances the Chiefs star can achieve anything like what Tom Brady has is another matter.

Mahomes and his Chiefs looked to be on course for a third successive Super Bowl before they were surprisingly defeated by the Cincinnati Bengals 27-24 in the AFC Championship game, though it should be noted that the 2018 NFL MVP completed a very successful season in terms of his personal contribution to Andy Reid’s team.

If you wanted to back the Chiefs to bounce back from this disappointment by backing them in the Indiana NFL betting, then you’d currently get odds of (+750) on Kansas going all the way, while perhaps unsurprisingly, a Brady-less Tampa Bay is far down the pecking order.

Mahomes was quick to respond to early speculation about Tom Brady’s retirement, taking to Twitter to make a simple but effective statement.

His single tweet just pictured a goat, making reference to the former New England Patriots man being the Greatest Of All Time.

He then went on to discuss the matter in more detail, making it abundantly clear just how high he regards the 44-year-old, seven-time NFL Super Bowl winner.

On the loss to the Bengals, it was clear Mahomes was hugely saddened by the way things panned out in a game that his Chiefs side were the big favorites;

“So, a few plays here and there, you could have four chances at the Super Bowl, so I mean it’s definitely disappointing, but you have to learn from it. You can’t let this end what we have here. You have to make sure you continue to battle, continue to get better and try to find ways to win Super Bowls at the end of the day.”

Indeed, Mahomes has plenty of time to recover from this loss, and you can well expect future Super Bowl appearances from the 26-year-old in years to come.