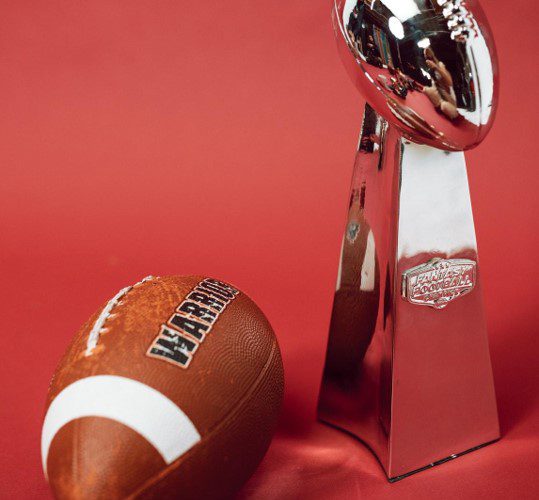 The Super Bowl is just around the corner, with the Los Angeles Rams going head to head with the Cincinnati Bengals on Sunday, Feb 13. These two teams have endured a long season and put on some thrilling performances during the playoffs and will now put it all on the line for a chance to lift the Vince Lombardi trophy. Neither side has had much success in recent history, with the Rams coming close in 2018. This will be a historic night no matter who wins and promises to be a hard-fought, entertaining game.

Watch the Super Bowl Live on Reddit this weekend or on NBC. You could watch the game through your TV or head over to the NBC Sports site to watch a live stream. Alternatively, you can also download the NBC app to easily watch the Big Game live from your phone.

This weekend, five former Jets will assist the Rams or Bengals. Including coaches and players, most are expected to remain on the sidelines during the game. However, all five have the chance of winning a ring, and they’ll all be closer than they’ve ever been before. Below are all of the former Jets who’ll be looking to help their side lift the trophy this weekend.

Former Jets offensive line coach Frank Pollack is now plying his trade at the Bengals. He worked as a coach at the Jets between 2019 and 2020, under the leadership of Adam Gase. At the time, his offensive line unit ranked 17th for DVOA (defense adjusted value over average). Pollack has helped the Bengals’ offensive line reach a ranking of 15th for DVOA in the league.

Another former Jets player appearing for the Rams is quarterback Jon Wolford. However, Wolford only actually ever played a single preseason game for the Jets back in 2018 after signing as an undrafted free agent. Since then, he played in the AAF before joining the Rams in 2019. He only played a single game in 2020, so it’s unlikely he’ll make the final squad for the Super Bowl.

The thirty-year-old safety Neasman now plays for the Rams after being signed to their practice squad in January, just days after being released by the Jets. Although he’s unlikely to play in the Super Bowl, he’ll still be part of the winning team and will pick up a ring is the Rams are successful. Prior to his departure from the Jets, Neasman appeared in 11 games in 2021, recording 14 combined tackles, three defended passes and one interception.

Kevin O’Connell is currently working as the offensive coordinator for the Rams, although it’s rumored that he’s off to join the Vikings as their head coach for next season. He played as a quarterback for the Jets between 2009 and 2010, although he never played as a regular. Following the Super Bowl, whether the Rams win or lose, he looks set to join up with the Minnesota Vikings and begin a new chapter of his career.

The defensive coordinator for the Rams also has ties to the New York Jets. Raheem Morris had a brief stint at the Jets as a defensive intern back in 2001. Since then, he’s worked at teams all over the league, including Tampa Bay, Washington, and Atlanta. He joined the Rams in 2021 and will be looking to help his side win their first Super Bowl since 2000.

So while it may have been a disappointing year for the New York Jets, there are a few ex-players and coaching staff who will at least have a chance of winning the Super Bowl.