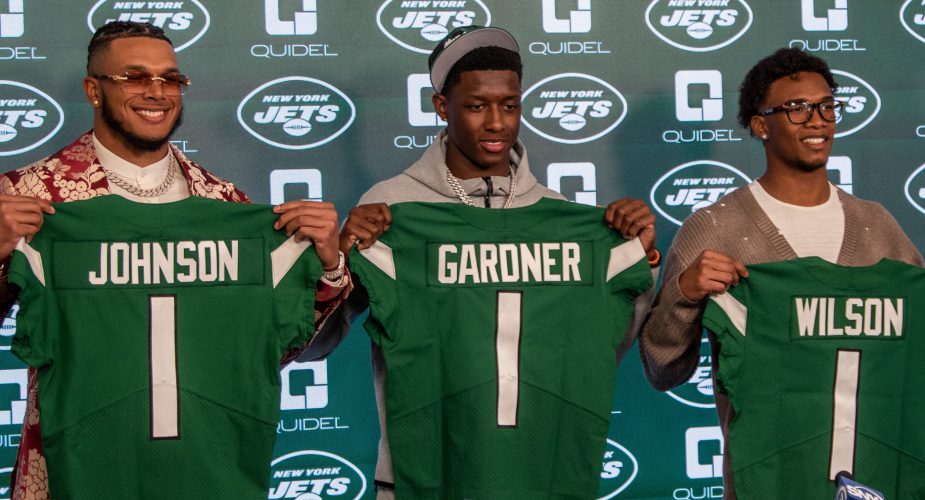 Here are some NY Jets draft thoughts now that we know what players have been selected.

– I think we are going to see some drastic scheme changes.  The DLine will still be the focus, but the additions to the secondary leads me to believe we will see:

– You don’t spend the amount of free agency $$$ (DJ Reed & Jordan Whitehead) and draft capital (Ahmad Gardner) on players to have them play vanilla Cover 2/Cover 3 all game.  Particularly when their tape showed that they’re physical, can press cover and blitz.

– With the depth we have in the secondary we should see massive “cross training” as we head to camp.  The staff flipped Jason Pinnock to safety last year and in my opinion we should do the same with Bryce Hall.  A secondary that has “positionless” players can confuse QBs and lead to INTs.

– John Franklin-Myers should “float” between DE and DT based on the situation.

– I believe the drafting of Breece Hall will shift the RB position from a committee approach to a RB1, RB2, RB3 structure.  Hall’s size and college production showed he can be RB1 (20-25 touches) and even though Michael Carter was impressive last year he did get banged up.  Which leads me to believe he would be better suited to a RB2 (10-15 touches) role.  The fight for the RB3 role will be wicked between Tevin Coleman, Ty Johnson, Zonovan Knight, Austin Walter and Lamical Perine.

– With actual TEs on the roster this year I would expect to see some of the “SF Kittle” package incorporated into the passing game.

– I’m glad we didn’t double dip at WR in the draft.  Because I want to see if Denzel Mims has any shot at reaching his draft potential.  I’m not expecting it but if Mims somehow finds his game a WR corps with him being WR5 would be scary.

– Now its all on Zach Wilson to thrive in this offense.  Because Joe Douglas has done for him everything Mike Maccagnan didn’t do for Sam Darnold.  The OLine has been revamped and there is quality and depth at the skill positions.  Wilson now needs to show what he did in the TB game for an entire 17 game schedule.