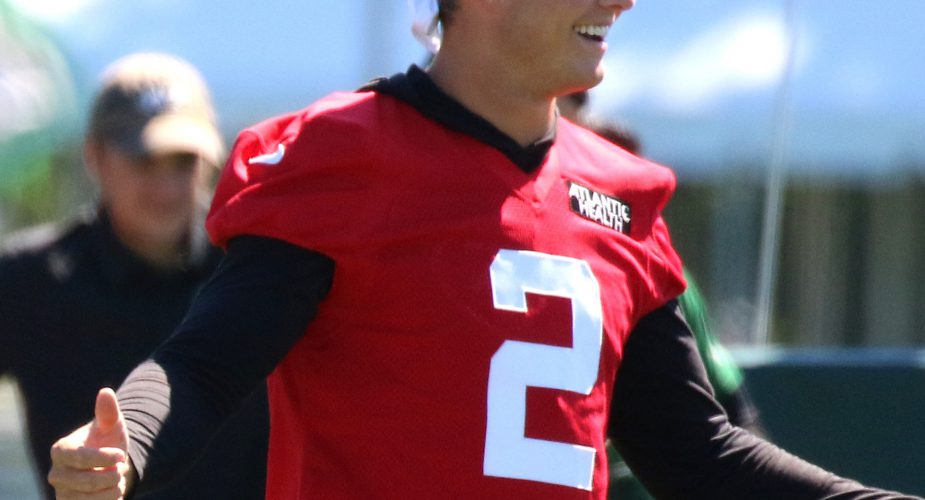 Zach Wilson returned to the practice field on Wednesday, with no brace. No word on when he will return to the starting lineup but Jets fans are hoping he is able to come back in week three. Will Parks was elevated to the active roster and it looks like that was done because Jordan Whitehead missed practice.  Saleh said Whitehead is definitely questionable for Sunday.

Here is the injury update that Robert Saleh gave to the media on Wednesday.

Real quick guys because you won’t see me until Friday, just trying to give you guys some injury updates. Jordan Whitehead won’t practice today, he’s dealing with an ankle. George Fant’s got a veteran day. JFM (John Franklin-Myers) is dealing with a toe, he won’t be at practice, and Braden Mann is dealing with a back. Braxton (Berrios) is dealing with a heel. Braden is not up to kick today anyway, and Braxton will be limited. Zach (Wilson) will be on the practice field today, too.

During the game, he was getting some back stiffness. He was dealing with some back stuff during the game. Obviously, it’s documented with some of the performance. We’ll see. He’ll punt on Friday. We just brought in the punter for backup purposes.

Knock on wood, we have a lot of d-linemen. Traditionally, you only dress eight d-linemen in a game for us and we ended up with nine and just bigger body, run stuffers, just when you look at the overall, the group, the focus was to stop the run against Baltimore.