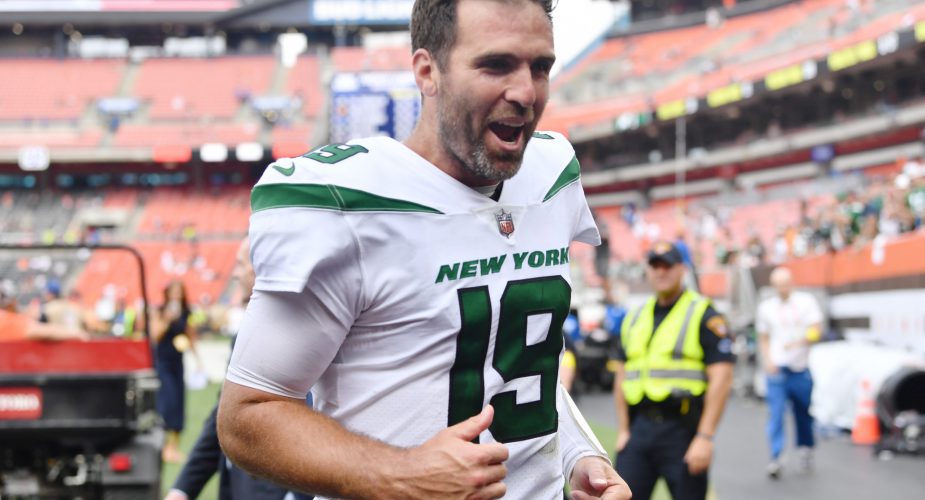 What a difference a week makes.  Joe Flacco, he of the lifeless Jets offense just one week ago marched into Cleveland and beat the Browns in a miraculous comeback victory by a final score of 31-30.  Flacco threw for 307 yards and four touchdowns, including the game-winner with just :22 seconds left on the clock.

Left for dead by many with just over 2 minutes left, the Jets scored on a 66-yard TD pass from Flacco to wide receiver Corey Davis who took advantage of a blown coverage with 1:22 remaining.  After recovering an onside kick, the Jets would see multiple completions to Tyler Conklin, Michael Carter, and Wilson, the last one being a perfect pass on a 15 yard TD strike to Wilson over the middle.  It was the second touchdown of the day for the rookie receiver who also logged his first career 100-yard game.

It was a huge day for the rookies as Wilson found the end zone twice, running back Breece Hall once, while Sauce Gardner prevented another TD in the back of the end zone at one point.  Even rookie tackle Max Mitchell made huge play in picking up a Tyler Conklin fumble deep in their own territory.

And while fans are naturally excited about the rookies, the second-year players had their share of contributions as well.  Elijah Moore combined for 91 yards of offense and picked up several key first downs.  And a case could be made for cornerback Brandin Echols as the unsung hero of the day.  Echols came in briefly for a dinged-up Sauce Gardner and prevented a touchdown on a Jacoby Brissett rollout and throw to the back of the end zone.

Braden Mann bonuced  back with a strong performance that included 2 punts inside the 20 and a 47.3 average.  He also had a 17-yard completion for a first down on a fake punt.

More good news from special teams as Greg Zuerlein nailed his only field goal attempt from 57-yards out.