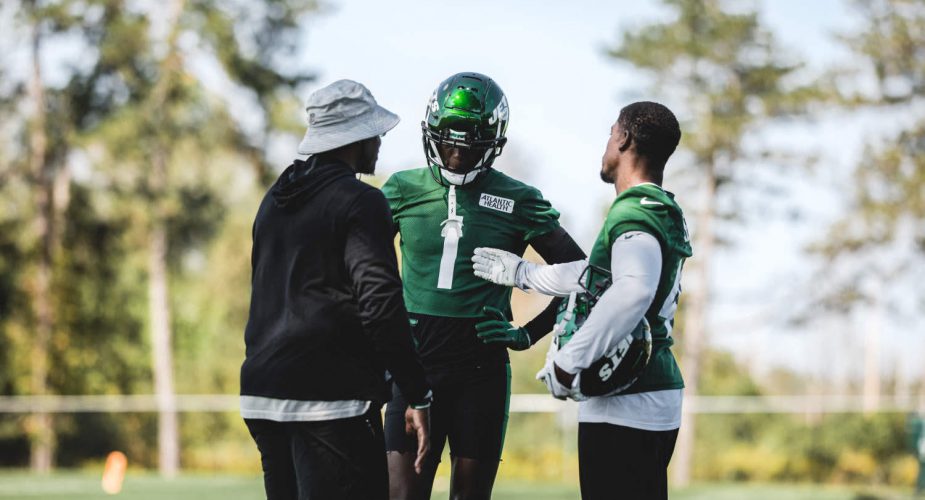 Entering Week 3, Bengals QB Joe Burrow ranks 2nd in pass attempts/game with 44.5, behind only Joe Flacco (51.5). If that’s any indication of what is to come Sunday, you can expect a ton of passing from both teams. That being said, the Jets front 4 will need to dominate their 1-on-1s and create pressure on Burrow. According to PFF Premium Stats (brought to my attention by Joe Marino of The Draft Network), Joe Burrow has a pressure rate of 30.9%, which is 17th in the NFL, with a league average of 31.6%. However, he also has the worst pressure to sack rate (how many pressures turn into sacks) in the league, 38.2%, with the average being 18.7%. That means it’s all up to the defensive line of the Jets to take over the game and force Burrow into poor decisions.

This will be the third week in a row that I am highlighting Gardner, and for good reason. He had a great performance Week 1 against a lackluster Ravens WR corp, but was “down to Earth” last week against Amari Cooper, surrendering his first career TD. Chase was mostly held in check last week by Cowboys CB Trevon Diggs, but when the Bengals need a big play, they are not afraid to dial one up for #1. Gardner will need to play more like he did in Week 1 to give the line a chance up front.

CIN runs a 4-2-5 defense primarily, but when DAL ran 12P, they switch to a 3-4 look adding backup NT 68 Josh Tupou to the front. The #Jets can take advantage of this from zone with Wilson in slot vs S (this pic is Bates), or in Cover-1 man to the outside with a "hole" shot. pic.twitter.com/G0OZHVKpE1

Despite the talent advantage in favor of the Bengals, the Jets are trending upward compared to their Week 3 opponent. While there is always a chance that last week’s win was a mirage, it’s hard to deny this young team of their heart and competitive spirit. If New York can come out firing again on offense, this time with a little more help from the defense, this has the making of another one-score ball game. This time, I’m taking the Jets to win over a slumping team that doesn’t matchup well against the Jets schematically. Imagine: the New York Jets could be 2-1.