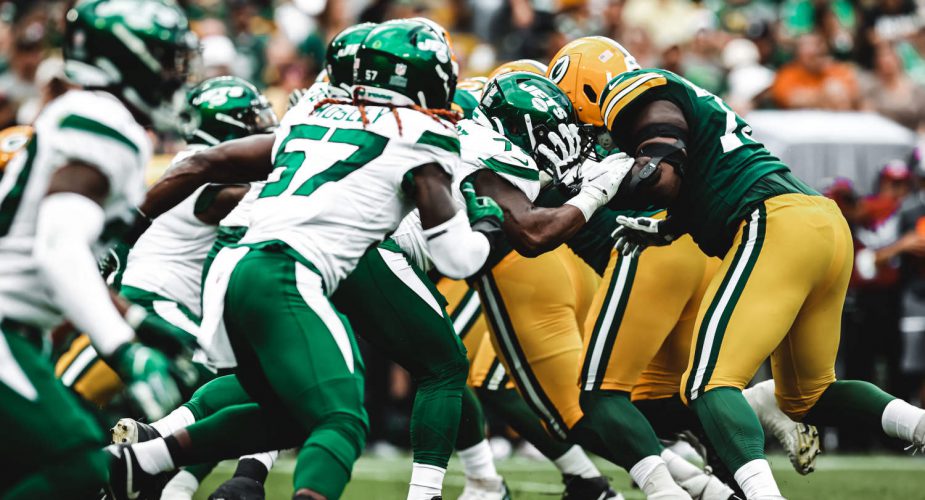 Interior pressure on Aaron Rodgers. Packers RG Royce Newman has looked like the weakest link on Green Bay’s offensive line, allowing 3 sacks and 12 total pressures this year, according to PFF. Quinnen Williams should continue to win his matchups up front, and not letting Rodgers step up in the pocket will create a lot of problems for their offense.

Win your man-to-man matchups on offense. Green Bay’s defensive coordinator Joe Barry said this week in his media availability that he is not going to “put his team in man and play bump-and-run all day”. While they are primarily a zone team, when they do switch to man situations, New York needs to take advantage. Barry also said he would like to see CB Jaire Alexander, arguably one of the league’s best, play more in the slot, with Rasul Douglas bouncing out to the boundary. If so, while Garrett Wilson will have a tougher matchup inside, but Corey Davis and Elijah Moore should be able to continue to get open. Packers CB Eric Stokes is allowing 184 yards on 14 catches this season, so the Jets wide receivers will be able to win on the perimeter.

Special Teams is still important! The New York Jets currently have a Special Teams grade per PFF of 90.1, 5th-highest in the NFL. The Packers are currently 29th (56.3). This game is going to take all three phases playing at their highest level, and a big play from the special teams unit would be a great way to spark the team. Zuerlein hasn’t missed a kick since Week 1 (12 straight), but Lambeau is a difficult place to kick. Berrios is due for a big return and Braden Mann has been a steadying force since his back injury earlier on.

This game could very well be the best team the Jets have seen so far, despite them not performing like it. Aaron Rodgers, at any moment, can snap back to his reigning-MVP caliber play and make a defense sorry. If that Aaron Rodgers shows up, the loss may be inevitable. However, the Jets are not a team that will lay down in the 4th quarter, scoring a league-best 58 points in the final 15 minutes of regulation this year. Keeping this game close, similarly to the way they did with a rookie named Sam Darnold under center back in December 2018, the Jets will have every opportunity to make it come down to who has the ball last. I’m going to predict that the mentor (Aaron Rodgers) bests the mentee (Zach Wilson), but I think it will be a one-score result that is decided by the final possession. It could easily be flipped for me based off how well this current Jets team is playing. Don’t let Clete Blakeman decide this game either, his officiating crew is notorious for making all games ugly at the worst possible moment. This is a massive “prove-it” game for the Jets.