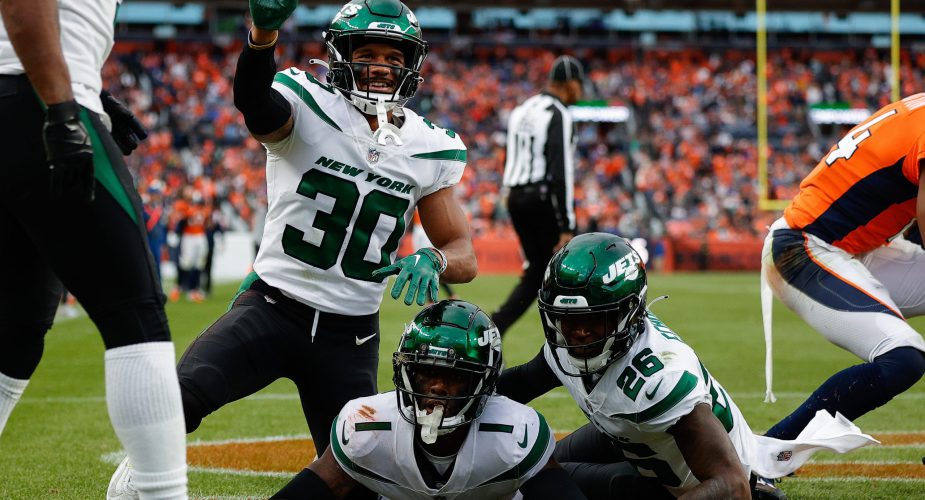 The 4th year defensive tackle has emerged on the scene in 2022, with 21 tackles, 4 TFLs and 5.0 sacks (29 total pressures) through 7 games already this season. Williams also possesses an elite PFF Pass Rush Grade of 87.9, so he looks well on his way be the Jets first 10-sack player since Muhammad Wilkerson in 2015 when he had 12.0.

Williams’ matchup this week is certainly an advantageous one, facing a New England interior trio of rookie LG Cole Strange, backup C James Ferentz and RG Michael Onwenu. While Ferentz has been in the league since 2015, he only has 6 career starts and played 16 total snaps this season for the Patriots. Strange is allowing 3 sacks and 9 total pressures on 238 pass block snaps, so there is an opportunity for Quinnen to impose his will on this game and continue his All-Pro level season.

Protect the football! “Forever, New England has forever been a team that just feasts on your mistakes.. they’ve been coaching that system for what seems like a hundred years.” Robert Saleh replied when asked what challenges come with facing this defense. The Patriots are currently 4th in the NFL in defensive turnovers with 13, so Zach Wilson will need to continue his ball security streak going. He has not had a turnover since his debut against Pittsburgh, but this defense will do everything in their power to change that. If Wilson is able to take what the defense gives him, without forcing passes back into the middle of the field, he will give the Jets their best chance to finally defeat the rivals in the north.

On paper, for the first time in a long time, the Jets have the better, more talented team. That means this game will come down to coaching and execution. If New York’s offense, mainly Zach Wilson, is able to efficiently execute the play calls, limiting his turnover-worthy plays (7 in 4 games, 5.6% of all attempts), this game can be won with 21 points.

New England’s offense is 16th in the NFL in scoring this season with 22.1 PPG, and after putting up only 14 against Chicago on Monday Night Football, it’s likely New York’s defense can bottle them up and limit scoring chances. Mac Jones has a 2:6 TD:INT ratio, and is currently the worst rated QB when facing pressure, so the Jets’ front four can dictate this game. If they are able to do that, there is no reason why New York shouldn’t get to 6-2. I would hammer the Jets with the 2.5 points that they are currently being given, and I’d be hesitant to take the Under, but I would lean that way based off both teams’ injuries. Let the good times roll!