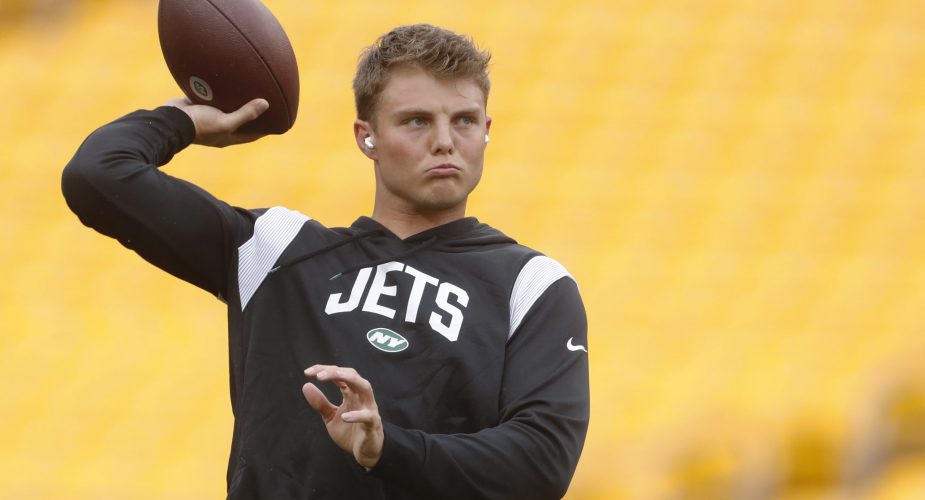 Disappointing doesn’t seem to capture the depth of the feeling after watching the Jets fall to their 13th straight loss against New England.  The Pats played less than a week after giving up 243 yards on the ground at home to the Chicago Bears.  The Bears hung 33 points on the Pats in New England on a Monday night.  The Jets could only muster 51 yards rushing and 17 points with seven of those points coming very late in the fourth quarter.  The defense played well enough to win. Mac Jones was sacked six times and was intercepted once.  It seemed like the Jets had the Pats where they wanted them.  The Jets were rolling up big numbers on the ground, and the Pats were giving Chicago huge chunks of yards with seemingly every carry.  The Pats were in the bottom third of the league defending the run allowing more than 125 yards per game entering Sunday’s matchup.  Oh, what a difference a week makes in the NFL.

Expectations are what causes the pain.  The Jets exceeded expectations by winning five of their first seven games. They raised expectations with the running game and their defense. The Pats lowered expectations by getting steamrolled at home by Chicago and allowing over 24 points per game in their first seven contests.  It was natural to expect a win Sunday. The Jets were the better team on paper at 1:00 pm Sunday afternoon.  By 4:00 pm, the Jets were 5-3, questioning the capability of their franchise quarterback, and facing a daunting task next week against the Buffalo Bills. The visit by the Bills is as big a factor in the disappointment as the poor performance is against the Pats. It’s hard to be optimistic about playing Buffalo. They are clearly the better team and one of the league’s best to this point. The Jets are not on the Bill’s level, not yet. What is being felt and not said out loud was that the loss to the Pats is just the first of two straight losses at home.

So, is there any hope this week against the mighty Bills?  Of course, there is. The Bills lost to Miami earlier this season. It’s hard to understand how that happened if you review the box score.  Miami did win the turnover battle albeit by a score of 1-0.  The Jets will have to do better with ball security after throwing the ball to New England three times on Sunday.  Miami didn’t have gaudy offensive numbers; they only ran for 41 yards and threw it for 171.  The Dolphins got to Josh Allen for four sacks – a number the Jets would seem more than capable of matching.  The Jets will need their best game of the season on offense just a week after posting what may have been their worst. They need to run the ball for 150 yards. Buffalo allows only 95 per game so far.  The Jets need 200+ through the air.  The Bills allow 203 passing per game. That type of balance on offense is what it will take.  The Jets need to push Buffalo around at the line of scrimmage, dominate the ball with the run game, and make meaningful plays through the air all while taking care of the ball. If the offense can manage that, and the defense does what it always does, the Jets will have a chance to win.  If they don’t get their best effort of the season by the offense, this one could get away from them early.