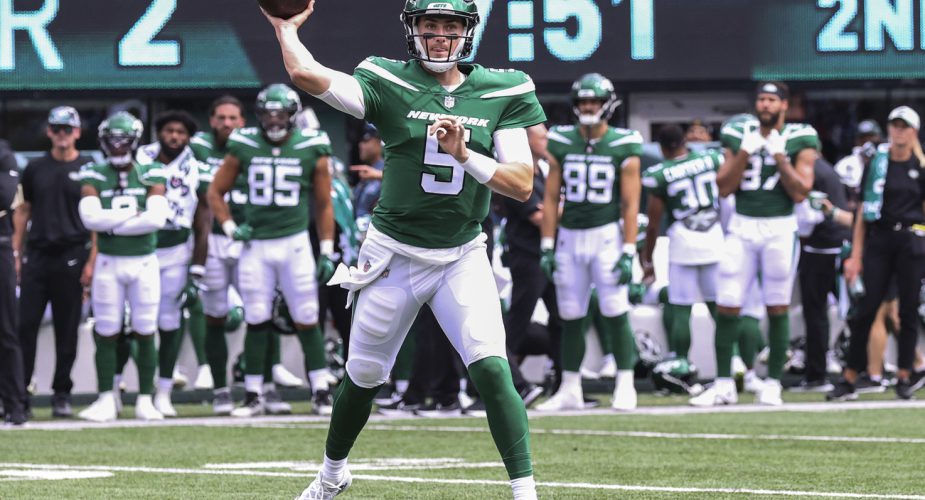 Plenty to look at this Sunday as the Jets prepare to take on the Chicago Bears who may be without starting quarterback Justin Fields.  After injuring his non-throwing shoulder last week, Fields is a game time decision.  If he can’t go, it’ll be former Jets QB Trevor Siemian.  What are some things to loo for?

Offensive explosion? Who knows?  We saw what happened when Mike White took the field last year against the Bengals in his first pro start, and there’s reason to believe he can have another big day today.  For the first time this season, the Jets will have Garrett Wilson, Elijah Moore and Corey Davis ready to roll, with a QB who has had his share of turnovers, but who has also shown the ability to be decisive with the football.  Should the Jets receivers get the type of separation against the Bears that they have against other teams, White could break out…again.  The one caveat is the weather.  Heavy rains could slow the passing game and force the Jets to go run-heavy.

Running backs ready to catch on? Having just touched on the potential for rain, it’s worth mentioning that in White’s first start last season, Jets running backs were targeted TWENTY times.  If the conditions are wet and the Jets look to avoid deep shots, Michael Carter, James Robinson and Ty Johnson could benefit.

Spy vs no Spy: Fields’ availability should have a huge impact on the team’s approach to defending the Bears.  If he goes, and we’re betting he won’t, the Jets will have to commit an extra defender to spying the athletic QB.  If it’s Siemian, the Jets will be free to be a lot more varied in their play calling.

Jets Debut for Surratt?  Don’t be surprised if little known linebacker Chazz Suratt sees the field a bit.  The former third-round pick of the Minnesota Vikings has been on the Jets practice squad as a developmental player.  After moving from quarterback to linebacker in college, Surratt impressed by logging over 200 tackles and 12.5 sacks in two seasons after making the switch.

Big news for Herbig: With their long banged up offensive line struggling to move the ball on the ground last week, the Jets will get a bit of a boost as Nate Herbig is expected to be ready to go.  Max Mitchell is also ready to return but it’s unclear as to whether or not he’ll slide back into a starting role.

Jets get Smart again: Defensive lineman Tanzel Smart had a solid outing in his season debut last week and has been elevated once again ahead of this week’s matchup.  We argued all pre-season that Smart should make the roster over Nathan Shepherd.  He didn’t, but now he’s up with a shot to show what he can do.  If you like this kind of thing, in his debut last week, Smart earned an overall PFF grade of 67.4.  For comparison, Shepherd graded out at 58.7

Late Thanksgiving Feast?  The Bears are one of the least efficient pass blocking teams in the NFL, allowing 99 pressures on 326 pass plays.  If the less mobile Siemian is under center and the Bears O-line continues to struggle, it could be a big day for Quinnen Williams and company up front.