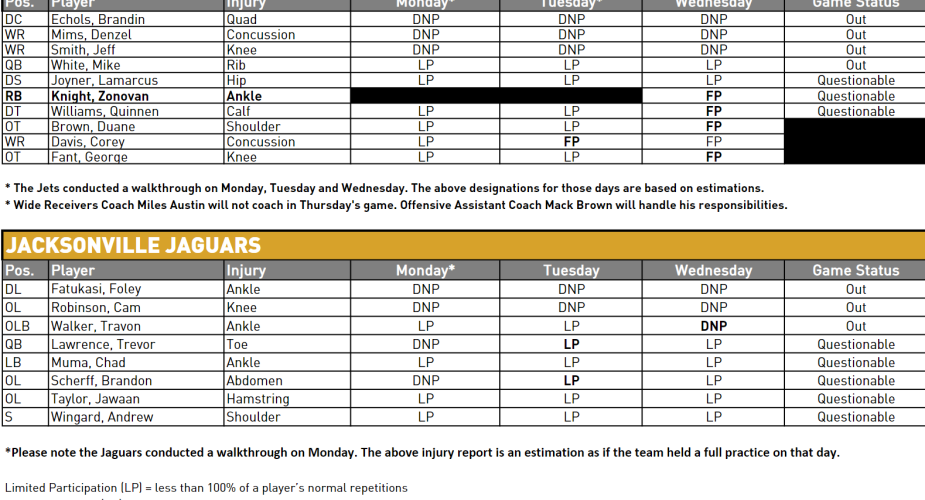 The Jets have four players that are out and another three questionable for the Thursday night matchup against the Jacksonville Jaguars.

Denzel Mims, Jeff Smith, Mike White and Brandin Echols will all sit this one out. White still hasn’t been cleared to return but this is frustrating for Jeff Smith who had his best game of the year against the Detroit Lions.

On Tuesday, head coach Robert Saleh said that Quinnen Williams is trending in the right direction, as was Corey Davis. They could certainly use Corey back with both Mims and Smith out. For Q, Saleh said it will be a game time decision if he is active or not. Based on the lack of pass rush last week Jets fans everywhere are hoping he is active.

Here is the full injury list below. Note that former Jet Foley Fatukasi will miss the game for the Jaguars with an ankle injury. 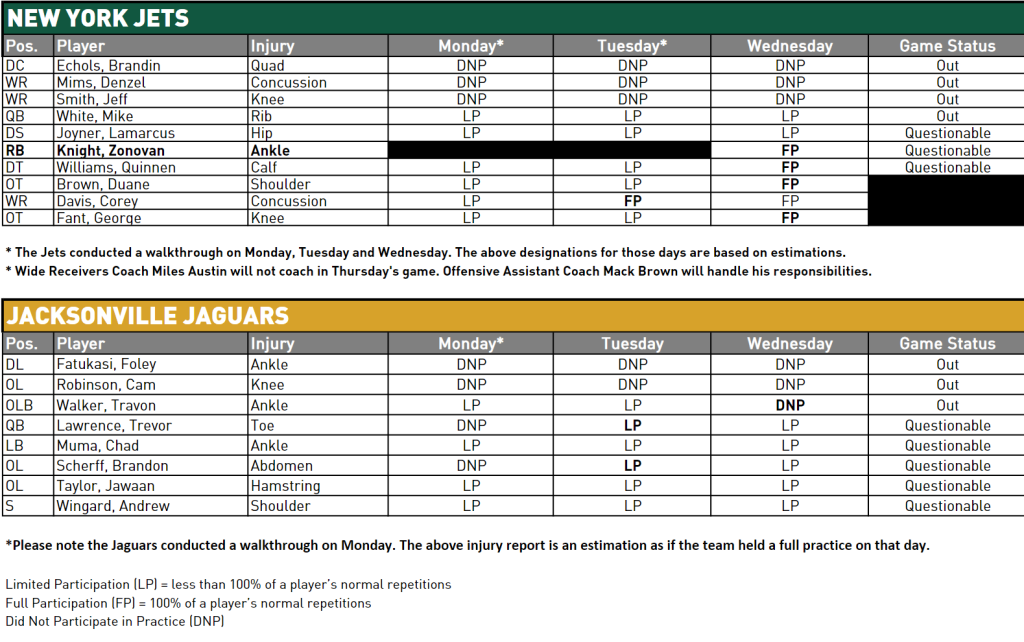