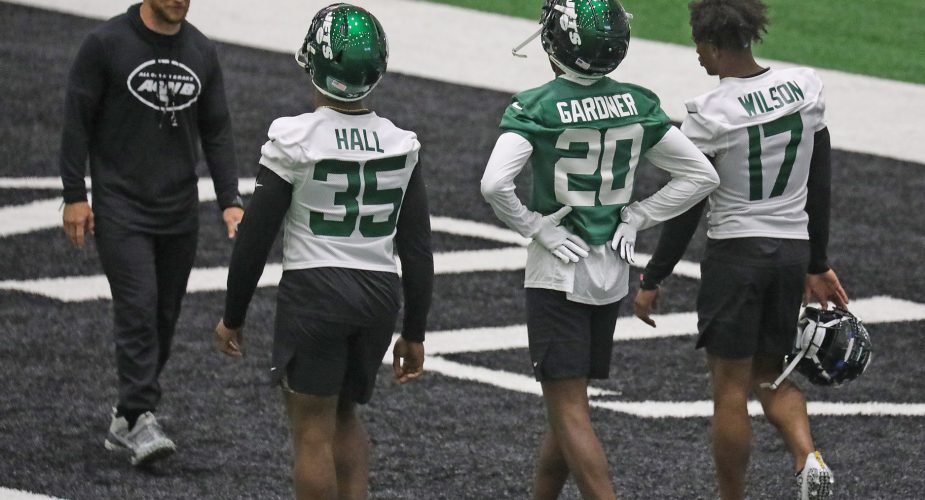 So, what’s left?  The Jets travel to Miami this weekend to try to end the Dolphins hopes at the postseason. Yeah…I know. It’s not much to look forward to, considering where we thought the Jets might be at this point in the season. We are left to think about what could have been.  What if Breece Hall didn’t get hurt? What if the offensive line could have stayed healthy? What if the offense could have put the ball in the end zone in Minnesota? What if the special teams could have covered that kick in New England? What if?

“What if” isn’t the worst thing that could happen.  “What if” hurts, but there is a silver lining to “what if”.  “What if” means the team was close to something, and there have been too many seasons where the Jets were nowhere near anything. At least this has been a full season. The Jets played 16 out of 17 games with a realistic chance to make the postseason. That is progress.  There is also a lot to be excited about on both sides of the ball.  If they had more consistent play from the quarterback position, Garrett Wilson might have won the offensive rookie of the year award.  Wilson has 74 catches and over 1,000 yards in his rookie campaign.  If Breece Hall can fully recover, he brings game-changing ability to his position. The Jets should have the defensive rookie of the year in Sauce Gardner. Gardner has been extraordinary. He’s locked up some very big names, including DK Metcalf, who could muster just one catch for the game last week. The defense has been among the league’s best, and several starters are still developing. Quinnen Wiliams is a disruptive force on the line and was unstoppable at times.  He has the type of ability that could lead to a defensive player of the year award and comparisons with true elites at the position.

The bad news is the Jets do not have a quarterback. Zach Wilson has flopped, and Mike White played himself out of consideration. The state of the position is particularly frustrating since the Jets have used so much draft capital trying to fill the role. The Jets should be looking to find two quarterbacks this offseason. Joe Flacco needs to go. Mike White is a free agent and has been given enough time and opportunities to display his talents. It just hasn’t panned out despite some flashes that kindled overly high expectations. The Jets should keep Wilson despite arguably playing the worst of the three men who have taken most of the snaps this year.  It’s just too early to give up on him.

The Jets should approach the offseason as a team in search of a starting quarterback, but Wilson needs more time. Troy Aikman threw 31 TDs and 46 INTs in his first three seasons. His team was 14-24 in games he started over the first three seasons in the league.  John Elway threw 47 TDs and 52 INTs in his first three years. For every Pat Mahomes or Justin Herbert there is a Troy Aikman or John Elway. Wilson should get more time.  I am not saying he should be anointed the starter by any means, but he should be a Jet next season, and he should compete for the job with two other players the Jets feel can do the job and get this team to the next step.