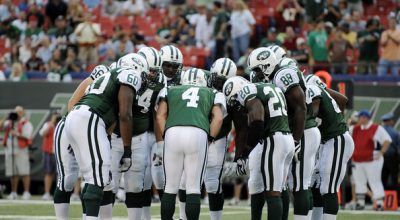 By Joe Brod
2nd, May

By Joe Brod 5-3. Tied for first place in the AFC East. This is what it’s all about. Sunday night

Who Are These Jets?

By Joe Brod Well that was awful. That pretty much sums up this past Sunday’s debacle against the Oakland Raiders.

33 QBs played in NFL football games this past Sunday. ESPN ranked them all using their new “Total QBR” system.

By Joe Brod This is it! This is our year! We’re finally gonna do it! The Jets are going to