The New York Jets have announced the release of cornerback Pierre Desir after nine very disappointing games with Gang Green. [...] 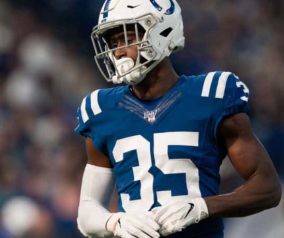 Connor Hughes with the Athletic is reporting that the NY Jets have agreed to a one-year deal with ex-Colts cornerback [...]